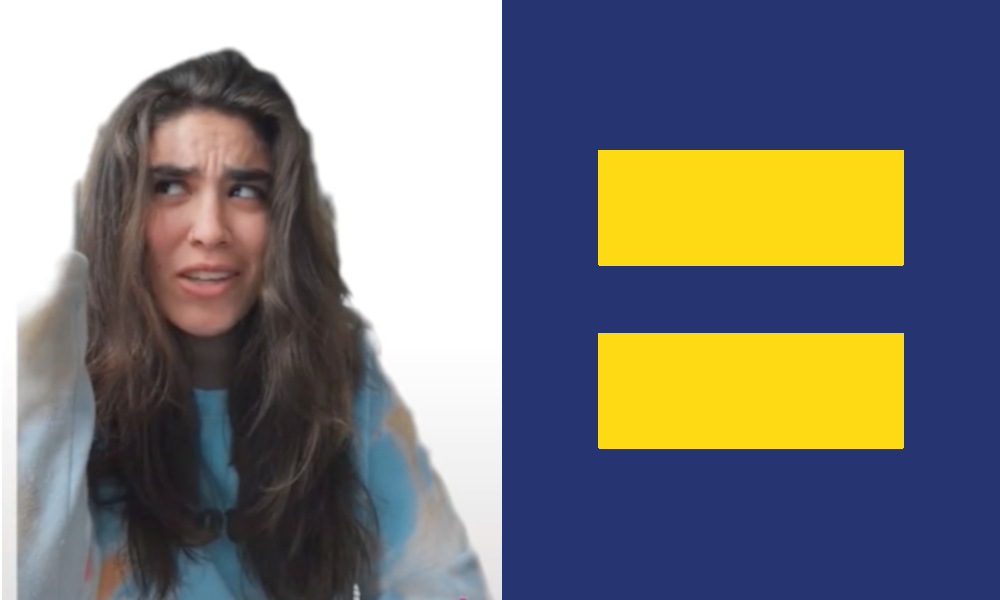 TikTok temporarily banned The Human Rights Campaign’s account for two days. The ban came after the advocacy group left a comment on another user’s video.

What Went Down on TikTok

The pro-LGBTQIA+ video showed individuals protesting Florida’s “Don’t Say Gay” bill. The Human Rights Campaign‘s official account commented “GAY” on the video followed by hearts in yellow and blue, the nonprofit’s colors. But other users reported the comment until TikTok removed it from the post. Then TikTok suspended their entire account.

“Are you serious @TikTok? You banned us for using the word #gay in a comment. TikTok, do better!” The Human Rights account wrote in a caption on the app. They also showed images of the messages from TikTok informing them of the 10-day suspension. Luckily, HRC appealed, and TikTok shortened the ban to two days.

“What message does it send to young people when we comment or post LGBTQ+ content and it’s deemed inappropriate and a violation of community guidelines?,” Ty Cobb, senior director of strategic initiatives at HRC, told The Advocate.

“… Our need to communicate to our community and allies is more important than ever right now. Having our TikTok account suspended for two days means our ability to post educational, affirming content was restricted, which is nothing short of devastating.”

The LGBTQIA+ community has a complex history with the social media platform. There are no tailored policies on TikTok protecting the safety of LGBTQ+ users. They are grouped together under TikTok’s “organized hate” and “hateful behavior” policies.  Australian Strategic Policy Institute also released a report on queer terms the app had shadowbanned in 2020. Words like “gay,” “lesbian,” and “transgender” see restrictions in several languages for all users.

In reply to the ban on HRC’s account, a spokesperson for TikTok told The Advocate, “We restored the comment as soon as we were made aware of this error and will continue to provide ongoing training to help our moderators make consistent and accurate decisions. We are proud that LGBTQ+ community members choose to create and share on TikTok, and our policies seek to protect and empower these voices on our platform.”

After the suspension ended, they posted a video promoting their LGBTQIA+ merchandise with the caption “When people tell you to not say gay, but you keep saying it.”