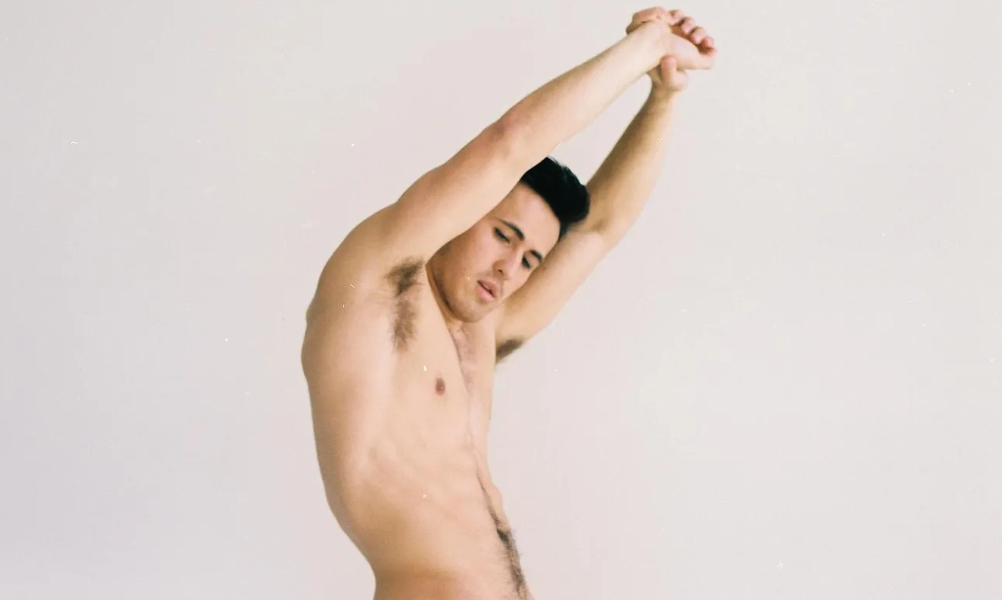 TikTok sensation Chris Olsen stripped down for a candid interview with PAPER magazine.

If you’re queer and on TikTok, you probably recognize Chris Olsen, 24, from many of his viral videos with ex-boyfriend Ian Paget, 33. In March 2020, widespread lockdowns forced the long-distance boyfriends into becoming cohabitating boyfriends. The couple’s short visit inadvertently became a permanent visit due to the COVID-19 Pandemic that locked down the world. As New York became the epicenter of the Pandemic, Olsen and Paget, had no choice but to quarantine together. They had only been dating for seven months.

Olsen and Paget embraced the happy accident despite the circumstances and started documenting their daily lives on TikTok. After a few of their videos, the then boyfriends started gaining many followers and became TikTok famous within months.

Related | This Viral TikTok Clip Is Full of Homoerotic Tension

While talking to PAPER, Olsen opened up about their content and overnight fame. “There wasn’t anything elevated or unreachable about us, except for the fact that Ian would say some ridiculous, crazy things that people love to hear,” as Olsen theorized. “But I think you could see yourself in either me or Ian. And I think people found a lot of comfort in that during the Pandemic.”

Olsen also attributes their breakup to the pressures of being a TikTok famous couple. “Very early on, people were like, ‘I sense a breakup coming,’ and then others were like, ‘If you two ever break up, I’m never going to believe in love,'” Olsen expressed. “That lodged this idea in the back of my head that it would be stressful to share any issues we did have with people, considering they’re already picking apart things when we’re not having issues. So what’s going to happen when we do?”

The TikTok star also explained how “suddenly being shipped together as this perfect couple” prevented them from “really [getting] to know each other” or who they were outside of their relationship.

In addition to opening up about the pressures of fame and his relationship with Paget, Olsen also offered a glimpse into his therapy sessions.

Along with the interview, Olsen sat for a photoshoot for the publication. Jack Juliar photographed Olsen, with Anastasya Kolomytseva‘s styling and Frankie Payne‘s grooming.

You can read Olsen’s PAPER interview in its entirety here.