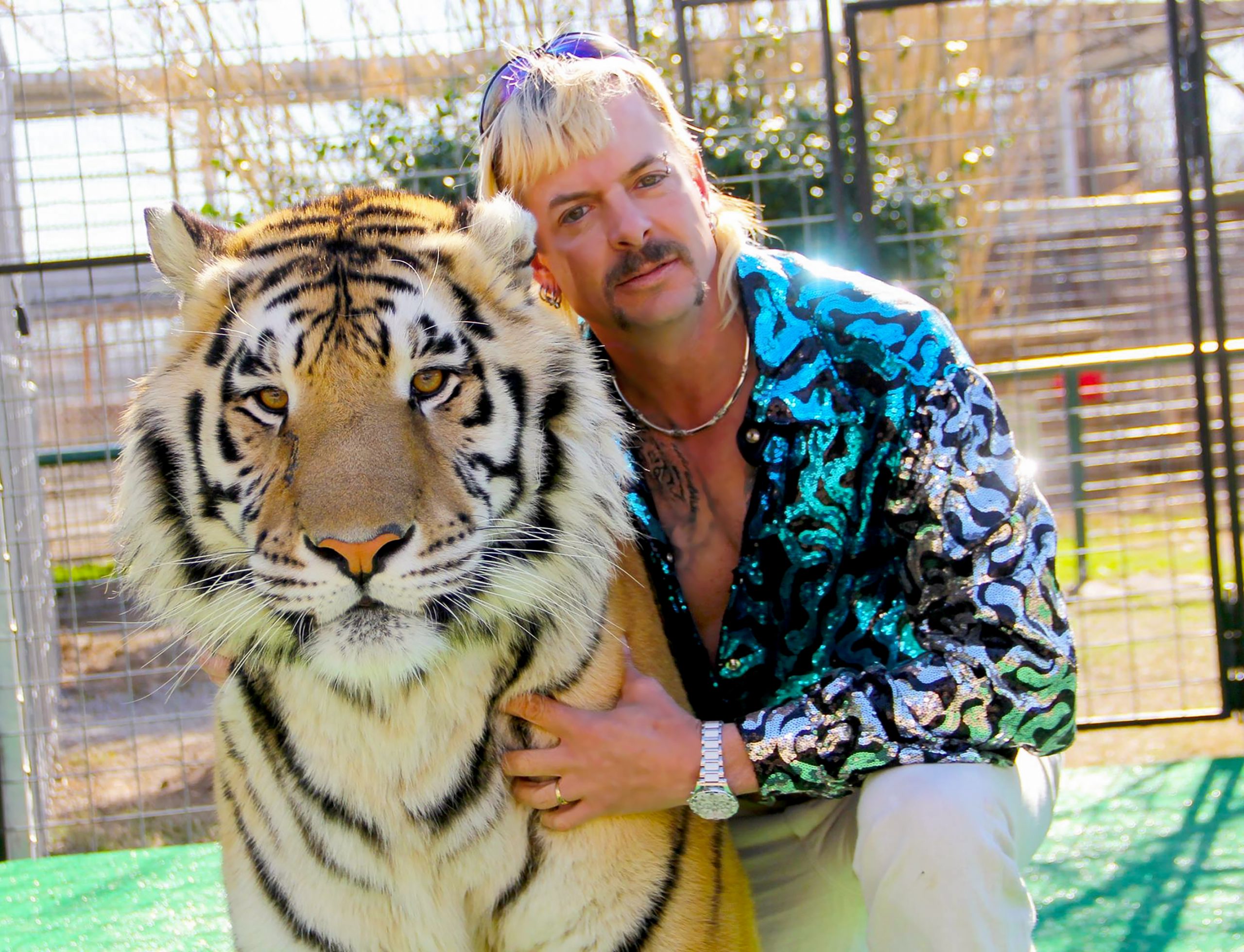 After only five years together, 59-year-old animal enthusiast Joe Exotic is filing for divorce from his 26-year-old husband, Dillon Passage. Unlike Carole Baskin’s husband, we totally saw this coming.

Exotic, who is currently behind bars serving a 21-year prison sentence, has found new love while locked up and is ready to remarry. Reportedly, Exotic proposed to fellow inmate John Graham before his penitentiary release, and now the two are planning to wed.

The Tiger King star has a history of haste romances, so this news shouldn’t come as a shock. As you might recall, Exotic married Passage only two months after his former husband, Travis Maldonado, died from an accidental gunshot wound to the head.

Immediately after the release of the Tiger King documentary in 2020, and after facing constant backlash, Passage came out in support of Exotic. But in 2021 his tone changed. Passage spoke out against his estranged husband’s behavior on Instagram and revealed he was in a new relationship with his current boyfriend, John Devarti.

Now, in a recent statement, Exotic’s attorney, Autumn Beck Blackledge, said, “He [Exotic] has no ill will toward Dillon, but has been trying for a while to reach him to get a divorce settlement.” She continued, “My understanding is that both Joe and Dillion have moved on romantically and they should both have the freedom to love again free from the bonds of marriage.”

That’s not all. Exotic has requested Passage be dropped as his legal surname in court documents for the divorce filing. He is also requesting alimony.

We can’t imagine this will be a clean split, but we hope for the best! Follow Gayety on Facebook and Instagram for more LGBT entertainment news.