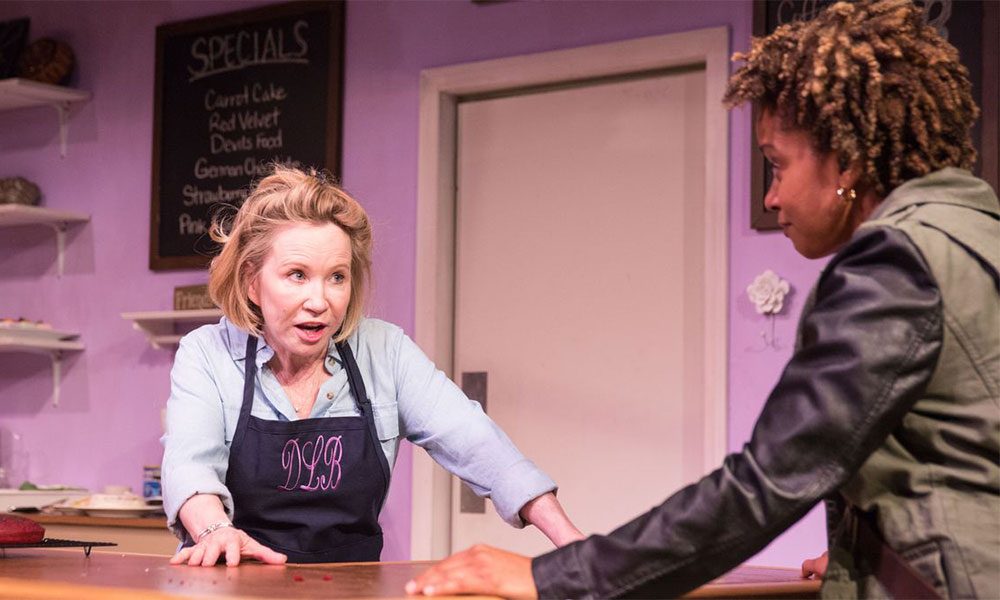 A new off-Broadway dramedy titled The Cake is about to take center stage.

The Huffington Post recently reported, the new off-Broadway dramedy, The Cake, [by] playwright Bekah Brunstetter challenges audiences to empathize with an unlikely protagonist — in this case, a conservative Christian baker deciding whether to accommodate a same-sex couple’s wedding in spite of her faith.

Such a proposition, while uncomfortable, is nonetheless topical given the ongoing political discourse over “religious liberty” laws.

Directed by Lynne Meadow, The Cake follows Della (played by Debra Jo Rupp), the owner of a North Carolina bakery who has been selected as a contestant on The Great American Baking Show. She explained why to the press, “I wanted to put a conservative person at the forefront of the play … [it] doesn’t necessarily condone their values, but shows how it is possible to change in a tiny, human way.”