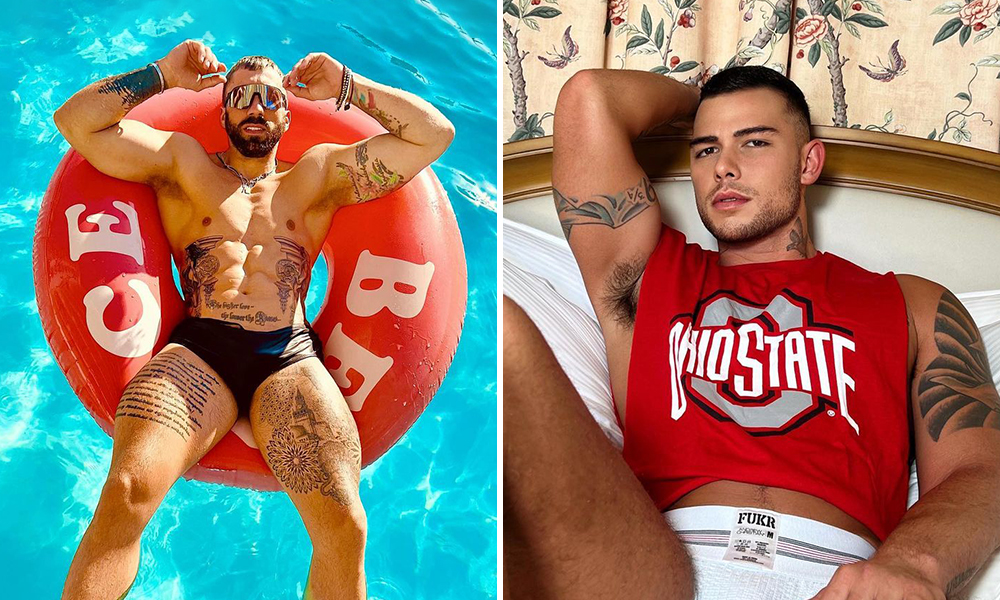 Dating is hard for bi men. Navigating a complex web of biphobia, homophobia, gender stereotypes, and societal pressure takes a toll on your love life. In a recent video from Grindr, we got to hear from bi men directly. Four bisexual guys took the opportunity to try the dating app for the first time, which started a bunch of interesting conversations.

It Ain’t Easy Being Bi

In case you didn’t know, bisexual folks make up more than half of the LGBTQ+ population. No shade if you didn’t by the way. Biphobia and bi-erasure have done a lot to ensure that bi folks are much less visible in our community. This is true for all bi+ folks, regardless of gender, but bi men are also subject to plain old homophobia. Surveys have shown that men are considered less attractive to women when they find out they’re bi. One survey found that 63% of women said they wouldn’t date a man who has sex with men. Even if it only happened once. This is true even though 47% of the same women said they have been attracted to another woman. 31% even had a sexual experience with another woman.

As a result, many bi men have to resort to hiding their identity, dating other bi folks exclusively, or dating men. One 2019 study, published in the Journal of Bisexuality, found that gay men are less likely to hold any attraction prejudices against bi men. Generally, straight women perceived bi men as more feminine, but the same couldn’t be said for gay men. While the lead author of the study has cautioned that further research is needed to confirm this, there is plenty of anecdotal evidence to back this up. Just ask bi men.

The clip featured four bi men; Anton Sebel, Dio Reynoso, Joshua Montoya, and Nick Masc. They were certainly familiar with the app but had yet to take the plunge. This gives us the rare opportunity to experience that moment through bi eyes. Each of the guys set up their profiles, selecting their photos, pronouns, filters, and “tribes.” They also chose whether or not they accept NSFW pics. Each guy varied in their responses, so it felt like an even spread of experiences.

As the guys sat back and watched the responses (most of which were photos) roll in, they talked about their love lives. This included topics like non-monogamy and whether they consider themselves tops, bottoms, or versatile. Despite having very different ways of being bi, all of the guys seemed to agree that it’s harder to date straight women. “With girls, it’s much harder than with guys,” said Montoya. “A lot of times I feel like girls have an insecurity if you’re not straight.” Sebel chimed in to agree, saying “It’s way easier with bisexual girls but it straight girls it never works.”

In the end, it seemed like the guys had a great time on Grindr. If only bi men had as much luck dating straight women.