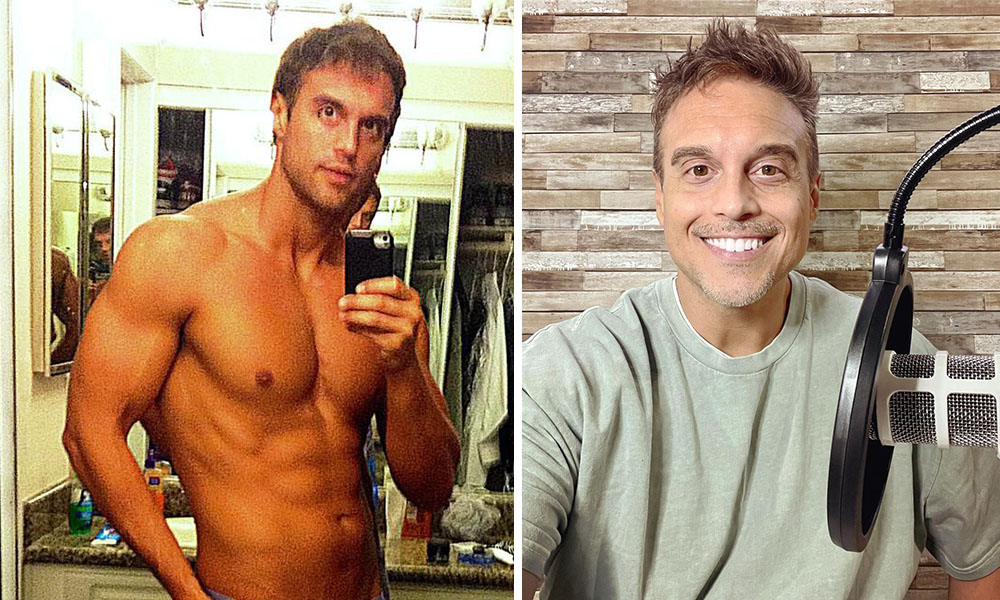 If you weren’t so diligent about using incognito mode, it’s possible you’d find his name buried in your browsing history. That is if you were watching adult videos between the years 2006 and 2012. Rocco Reed was the industry’s busiest male performer in 2011. He was nominated for several awards, winning one for “Best Group Scene” and another for “Male Performer of the Year”. In 2012 he signed an exclusive performing contract with Men.com and filmed his first gay scene. According to a recent interview with The New York Post, Rocco was making “well over a million dollars” and traveled everywhere he wanted. From the outside looking in, his career was enviable.

His Name is Joshua Broome

Behind the scenes, Joshua Broome, the man behind Rocco Reed felt empty inside. “I believed the lie that if I made money I would be happy,” Broome said. “once I had it all, my life fell apart, because it amplified the sorrow and emptiness I always felt inside”. Broome says that during this time he lost who he was. “Everything was lies and fiction […] I wanted to take my own life and didn’t have the guts to do so.”

It was at this time in 2012 that Broome retired from adult video. Though he had previously spoken about being bisexual, he now asserted his heterosexuality. After retiring he moved back home from Los Angeles to South Carolina. There he battled feelings of shame, attempting to move on from his past by working as a fitness trainer. Then he met Hope.

His now-wife responded with kindness and understanding when he opened up to her about his past. Their relationship blossomed as they attended church together, working through his feelings of shame. “I surrendered a lifetime of shame,” said Broome. “I lived with an ‘I’m not good enough’ mindset my entire life, and I was able to let that go”. Eventually, the couple married and had three kids in Cedar Rapids, Iowa where he’s a pastor.

A big portion of his message at the Good News Baptist Church, on his podcast, and on his social media, involves discussing the dangers of pornography. “It’s so harmful,” says Broome. “You are saying it’s okay to consume a person like a product, and if you treat people like products every aspect of your life is going to be detrimental”. Although we have yet to see any anti-LGBTQ+ rhetoric coming from the pastor directly, he has appeared as a guest on The Candace Show with the notoriously anti-LGBTQ+ Candace Owens. The Baptist Church’s stances on this are also notably anti-LGBTQ+. There are however examples of more accepting Baptist pastors, so there is some hope for LGBTQ+ folks in the church.

It’s was so great being on set with @RealCandaceO today! Check out my interview with her on The Candace Show on @realDailyWire tonight at 9pm est pic.twitter.com/Nlu3stXLf2

What Can We Learn From This?

Heartbreakingly, according to Broome, he was manipulated into doing these gay scenes. His experiences in the adult industry have shaped his perspective on adult video as a whole, and it’s not hard to understand why. There are real criticisms of the industry that need to be addressed, especially for the most vulnerable and marginalized folks who depend on sex work for survival. There are also sex workers who genuinely love what they’re doing. Conversations about how to consume and create adult video ethically are ongoing, but often exclude the voices of the very sex workers who are most impacted. Some sex workers point to the stigma surrounding sex work as the source of the industry’s problems. This stigma forces sex workers underground, cutting them off from potentially life-saving rights and protections.

We hope to see a change in the industry so stories like Broome’s become a thing of the past. An industry where sex workers can navigate through it without fear of exploitation or violence, and a world with a healthier attitude toward sex and sexuality.