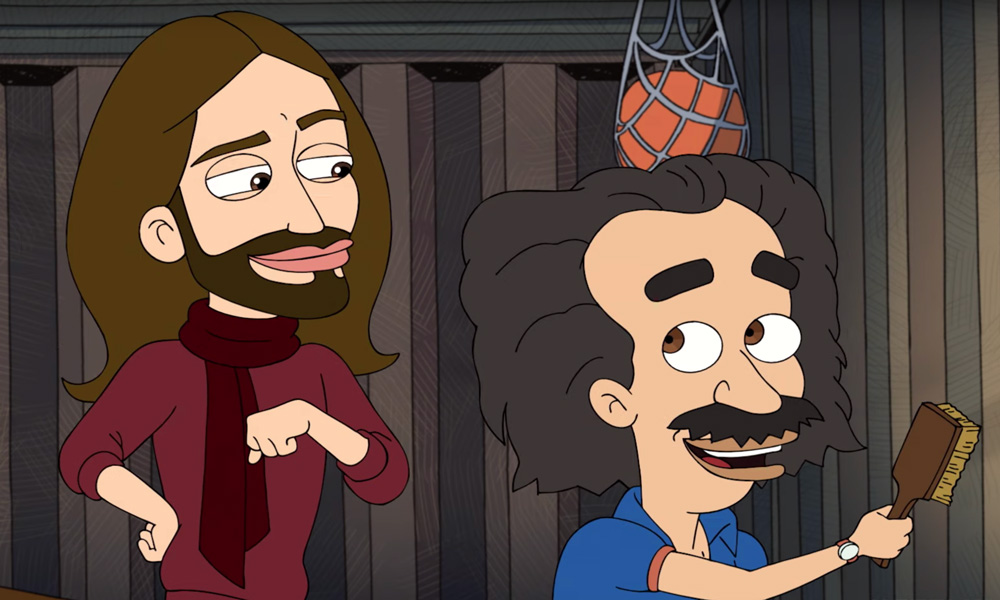 “What’s your current grooming situation?” Van Ness asks him, to which he responds: “I call it ‘The Brush’ because it’s one brush I use for all my parts, my head, my teeth, my peanut, my asshole.”

The official summary for the season reads: “In Season 3, Big Mouth focuses on what’s like to be going through puberty now. The show continues exploring human sexuality and everything around it, tackling issues such as cell phone addiction, female anger, the vast spectrum of sexuality, Adderall abuse, dick pics, toxic masculinity, and of course ‘how to have an orgasm.'”

In addition to the Queer Eye stars, Ali Wong joins the cast as a new student who makes everyone at Bridgeton Middle question their sexuality.

Season three premieres October 4, on Netflix — watch the trailer below!