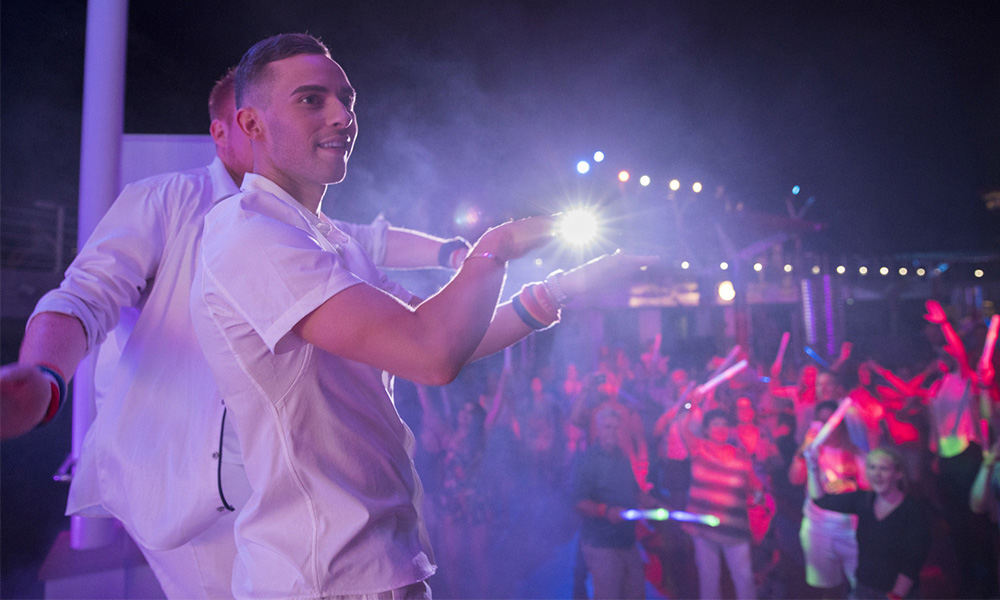 When it comes to Pride Month, many of us are willing to travel far and wide to join the rest of LGBTQ community and celebrate diversity. Sometimes, going to Pride means trekking to a big city while other times it requires setting sail on a cruise liner.

Thanks to Celebrity Cruises ongoing dedication to diversity and equality, you can celebrate at rainbow-filled Pride parties at sea. This year, Olympic bronze medalist Adam Rippon and figure skating Olympian Johnny Weir served as ambassadors for the cruise giant’s second annual Pride Party at Sea.

On June 5, two luxury cruise ships hosted a Pride parade featuring glittering celebrations and a deck party onboard the Celebrity Constellation and Celebrity Reflection in Sicily, Italy, and Cartagena, Spain.

Rippon, who is aboard the Celebrity Summit for a Pride celebration, commented on the experience, saying “I’m honored to be an ambassador for Celebrity Cruises’ second annual Pride Party at Sea! It’s great to collaborate with a brand that is so dedicated to the LGBTQ+ community.”

It’s @adaripp taking over the @celebritycruises Instagram account today! Check out the story to see life on the ship ?

A before and after of when they tell you the buffet is open.

“Celebrity Cruises has been and always will be dedicated to promoting diversity, inclusivity, and equality, and part of the dedication includes knowing when to take time to celebrate the hard work and successes of the LGBTQ+ community,” said Lisa Lutoff-Perlo, President and CEO, Celebrity Cruises.

“Pride Month is the perfect time to celebrate and, with all of the fun we had last year, it made perfect sense that we’d continue the tradition, only this time it will be twice the fun and twice the party.”

Last year, Celebrity Cruises announced that same-sex marriages onboard their ships are legally recognized. So, same-sex couples can get married at sea and have their ship’s captain officiate their ceremonies.