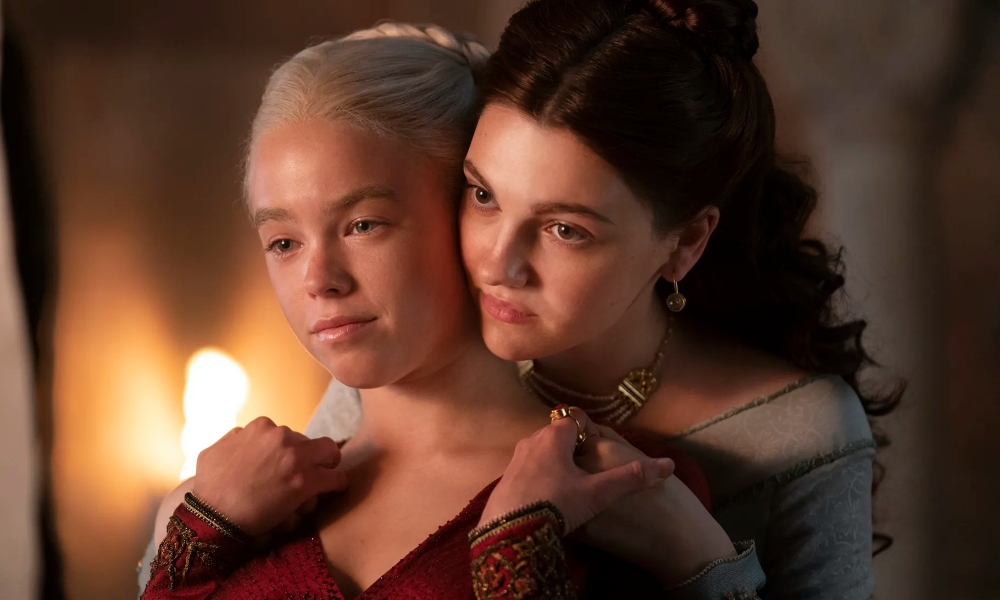 The ‘House of the Dragon’ Trailer, the ‘GOT’ Prequel, Is Here

Here’s your first look at the Game of Thrones spin-off House of the Dragon.

HBO released a teaser of the highly-anticipated House of the Dragon series, and in it we finally saw dragons! The show is set 200 years before the events in Game of Thrones. The series will tell the story of the House Targaryen.

“What is this brief, mortal life, if not the pursuit of legacy?” one character asks.

In the trailer, fans can hear familiar house names such as Stark, Baratheon, and Velaryon, who King Viserys Targaryen rules. The King then announces his daughter, Princess Rhaenyra will become their new leader. Some  with the decision to have a women at the helm, and as usual in the Game of Thrones world- violence breaks out.

In addition to the seemingly already great storyline, the show is filled with a fantastic cast, including Paddy Considine (as King Viserys I), Emmy D’Arcy (as Princess Rhaenrya, and Matt Smith (as Prince Daemon).

ReA post shared by House of the Dragon (@houseofthedragonhbo)

Variety reports HBO paid 20-million dollars to film each of the ten episodes in the show. To compare – Game of Thrones started out with a budget of around $6 million per episode in season one, and the cost per episode rose to $15 million by season eight.

The show premieres Sunday, August 21, on HBO Max.  Check out the House of the Dragon trailer below.

The ‘House of the Dragon’ Trailer, the ‘GOT’ Prequel, Is Here