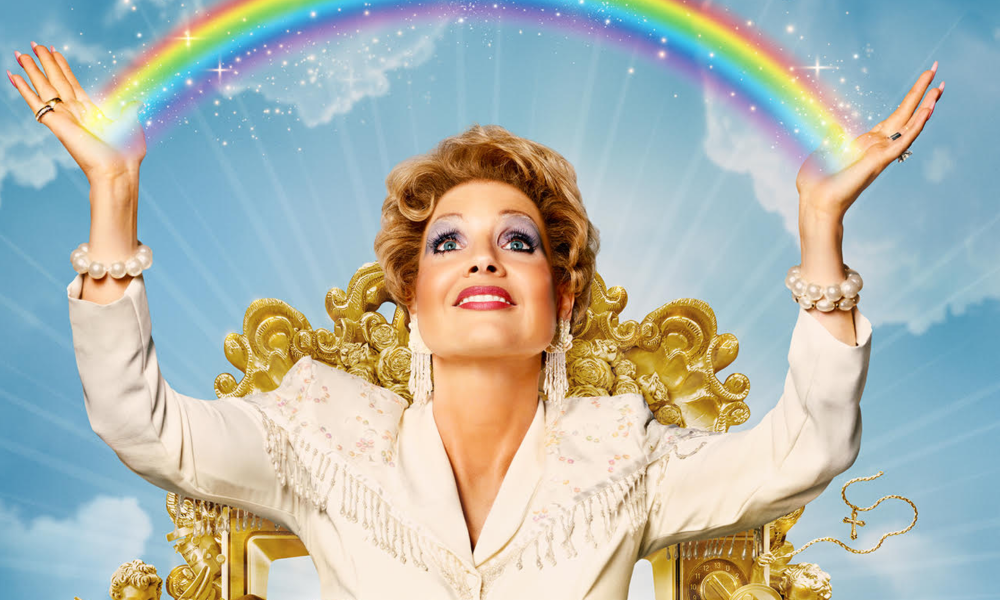 “Remember, God loves you. He really, really loves you.”

Though her boisterous personality, larger than life hair and extravagant makeup earned her quite the reputation among the religious community (none of which were traits a “good Christian woman” should have), Tammy Faye Bakker is a beacon of hope and an LGBTQ icon for the next generation in Michael Showalter’s The Eyes of Tammy Faye.

The new biopic from Searchlight Pictures is a deep-dive into the truth behind the rise and fall of Faye (Jessica Chastain) and her first husband, Jim Bakker (Andrew Garfield). The duo were beloved televangelists who quickly gained stardom in the 1970s and 80s after building their own religious broadcasting network, PTL. They shared messages of love, acceptance, and prosperity with their partners by creating an intimate experience through the power of television.

But Faye’s moral views differed from those of many evangelists, especially regarding the LGBTQ+ community. She made TV history in 1985 when she had an intimate talk with AIDS/HIV advocate Steve Pieters live on “Tammy’s House Party” on PTL.

Gayety had the opportunity to sit down with The Eyes of Tammy Faye stars Andrew Garfield and Jessica Chastain to discuss the Legacy of Tammy Faye and the toxic hold judgment still has on our society today.

“People are so used to vilifying or ridiculing or dismissing or judging Jim and Tammy in their own ways,” Garfield tells Gayety of preparing to play Jim Bakker, the man whose own scandal and accounting fraud burns their empire to the ground. “So for me, it was those private moments between them that were really vital to create something heartfelt and intimate and real.”

Garfield strived to bring depth to his portrayal of Bakker and give the audience a chance to know him before writing him off as another classic villain.

“They were incredibly ambitious, and they were terrified of never being able to do enough,” Garfield said of Faye and Bakker. “They had this constant yearning to be more than they were.”

For Chastain, the importance of telling Faye’s story was apparent after she saw her interview with Pieters.

“Why are we in everyone’s business all the time?”

“She wrapped her arms around the LGBTQ community and audiences at a time where the conservative evangelicals were turning their backs to them during the AIDS epidemic. She was so strong and such a, for me, a voice for good and for acceptance and for actually what it means to have the grace of God, and that everyone is deserving of love.”

A post shared by The Eyes of Tammy Faye (@eyesoftammyfaye)

This project has been long-coming for Chastain, who served as a producer and studied and researched Faye for seven years. With the film finally making its theatrical debut, she has one hope for what audiences will pull from seeing Faye’s story unfold on the big screen.

“I hope just people stop judging people. I mean, like, why are we in everyone’s business all the time?” Chastain said. “You know, Steve Pieter said in his interview, ‘Jesus loves the way I am. Jesus loves the way I love.’ And so why do we have people misinterpreting what Christianity is supposed to be? So for me, it’s like, stop telling people who they’re supposed to love, stop telling people how they’re supposed to present themselves in this world… Let’s celebrate those that take up space in this world and stop trying to make people very small.”

The Eyes of Tammy Fay is out in theaters on September 17. Watch the full interviews below!