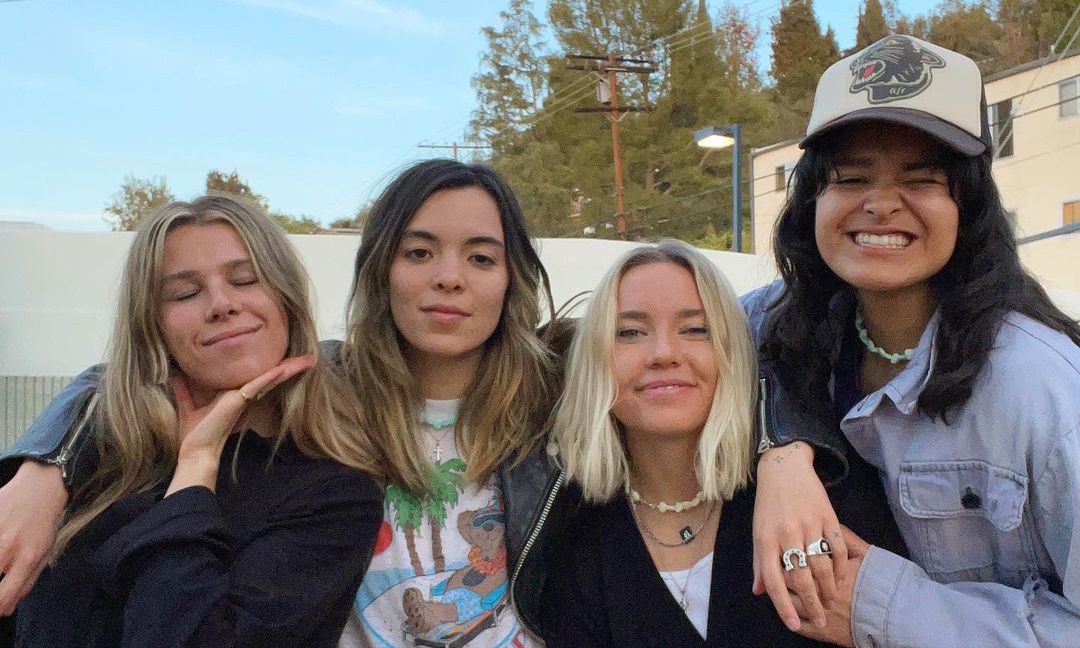 The Aces Talk Representation Within Their Music

The Aces are opening up about how being part of the LGBTQ+ community impacts their music.

Four-piece girl group, ‘The Aces’ consisting of lead singer Cristal Ramirez, her sister and drummer Alisa Ramirez, bassist McKenna Petty and guitarist Katie Henderson sat down with PEOPLE to speak about their very queer sophomore album Under My Influence.

Cristal said her queer identity had to play a part within the music she helped create.

“As an artist, there’s no choice: you have to be able to express yourself,” she said. “For Alisa and I, we had both been out for a while so it felt like second nature. But there was also this moment where we all talked and were like, ‘Are we ready to do this as a band?’

On Coming Out and Feeling Empowered

While the Ramirez sisters were out when they worked on the album, Henderson was not. She now identifies as queer, and she credits the album with helping her come out.

“I just remembered feeling desperately wanting to be myself in these interviews and talk about [ the album ] as a queer woman,” she admitted. “I really think that the album helped me come out, to be honest.”

Henderson explained she felt “very empowered” with songs like “Kelly,” about a woman-loving woman relationship.

“I had always known it was a part of me. But it was so hard for me to just finally come out,” Henderson explained. “It gave me a lot of emotional support and inspiration — [like] it’s finally okay.”

Bravery in Being Vulnerable

While Petty isn’t queer, she said she wanted to support her bandmates while “navigating a transition out of the [ Mormon ] faith we were raised in.”

“Being a woman in that religion is really hard,” Petty said. “It was an important time for me to see the three of them be so vulnerable and brave. I’m just inspired every day and I feel lucky to be a part of this.”

The band’s entire team didn’t share Petty’s sentiment. Cristal said some team members would encourage them to stay away from queerness, telling them, “You don’t want to do that because you could have more fans. You’re going to pigeonhole yourself.”

“But it would be way worse for us to be living in basically a lie and trying to fit in,” Cristal said. “You kill that vulnerability. You kill that truthfulness and you have nothing.”

The Aces Talk Representation Within Their Music