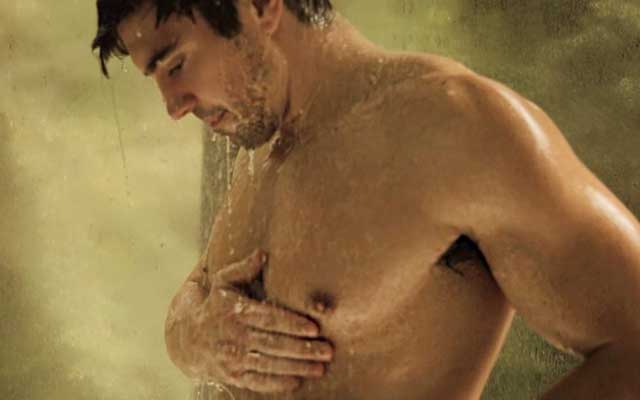 Well, for all his bravado, at least Steve Grand is realistic about the size of his sausage! The singer recently spoke to PrideSource about his latest endeavor, a YouTube video series where he talks frankly about celebrity, image, sex, etc.

It’s ok, Steve, we like that you’re doing you. And speaking of doing you …

During the interview, Grand was also asked if he’d ever go full-frontal. And while he was pretty certain he wouldn’t, all hope isn’t lost:

But don’t get your hopes up too high, fellas. Steve is pretty clear that his man meat is nothing to write home about:

But, like, I don’t think my dick is that exciting. It’s just like, whatever. It’s pretty unremarkable. I think it’s good to be proud of what you have but I think there are more interesting things about me than my relatively… what’s the word I’m looking for? It’s very appropriately sized and shaped, that’s what I would say.

Hey, with a body and a voice like that, we think we’d be ok with it. You?