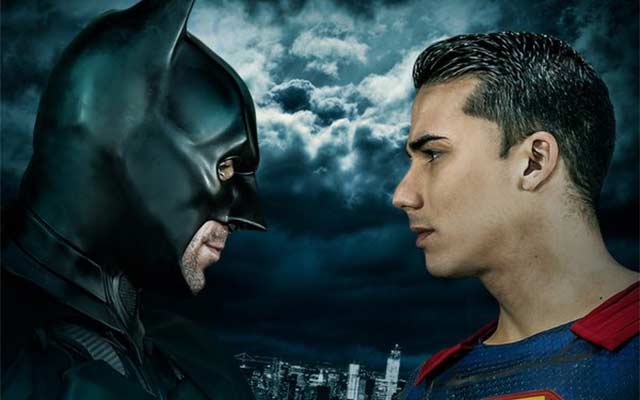 If you’re like the rest of the world, you’re feeling super pumped for Batman v Superman: Dawn of Justice, which came out today. However, you’re probably not feeling as pumped as Topher DiMaggio, Trenton Ducati and Damien Crosse.

DiMaggio and Ducati play the heroes in Men.com’s gay parody of this year’s first super blockbuster. In the adult version of the film, which has a lot more action than the Warner Bros. film, DiMaggio plays Superman and Ducati plays Batman. The acting is terrible, but who cares? Everyone wants to see Superman and Batman get it on. Amiright?

While we’d love to show you the action-packed trailer, it’s a little too intense for our website. Actually, it’s way too intense. If you’re at work, school or your mom’s house, you should probably wait until you get home to watch the naughty edition. But, you can watch the YouTube-safe version below!