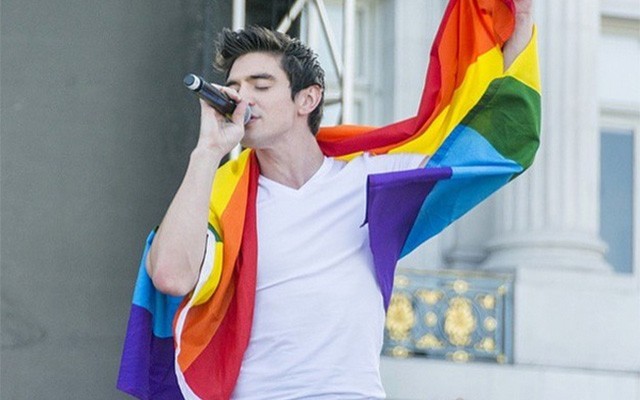 Steve Grand comes out a lot because he’s what some gays call “straight acting.” Recently, Steve Grand went on a San Diego news show to promote a live appearance, and to discuss his time as a Marine. During the interview, the reporter referred to the “poor women” he dates, and Grand confidently corrected her. This is how it went down.

After the interview aired, Grand uploaded a video to his Facebook page and added a quick and positive response.

“As soon as we cut the segment I burst out laughing and let the woman know it was all okay. I understand they are meeting new people every couple of minutes and are expected to entertain and engage audiences all over the state so I don’t post this at all as a criticism. If I was legit famous it would be one thing, but I still feel grateful for all the opportunities I am afforded to talk about my life and my work. This was just a silly moment I found to be pretty hilarious.”

Someone skipped over a possibly relevant bullet point… lol