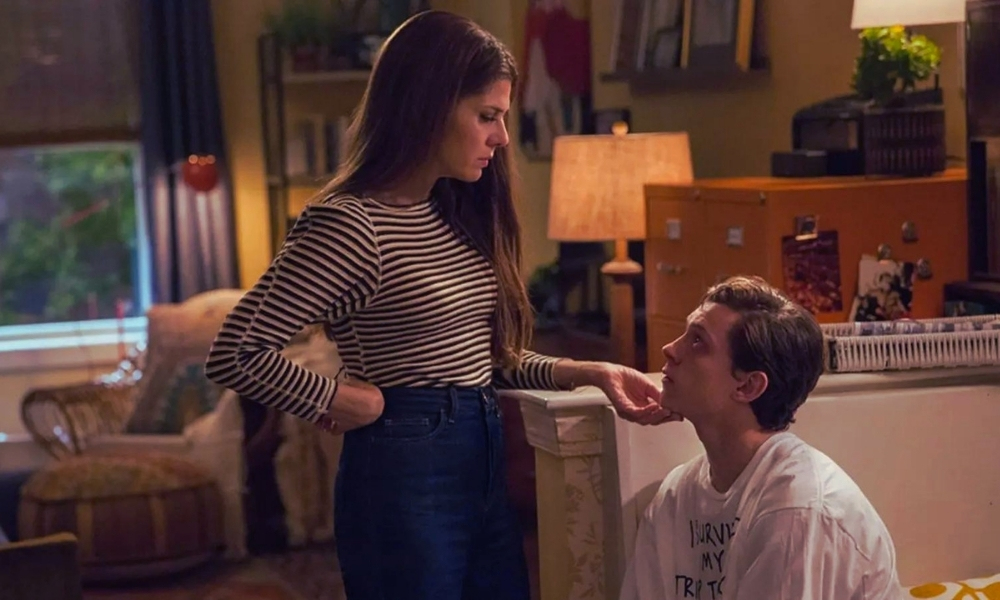 Spider-Man’s Aunt May Was Almost Queer

You’re not alone if you’ve been dreaming of a bisexual Aunt May in Marvel’s Spider-Man.

In an interview with Geeks of Color, Marisa Tomei, who plays Aunt May to Tom Holland‘s Peter Parker, revealed her desire for May to get a girlfriend.

Tony Stark’s right-hand man Happy Hogan (Jon Favreau) and May grew closer together in the films because of their relationship with Spider-Man, which ultimately pushed them from friends to something more. But do they have romantic chemistry? Tomei says not really.

“I really feel their relationship is more off than on. I think they’re friends, they get along, there’s a true camaraderie and they’re both invested in Peter so much. They’re stuck together.”

What about Aunt May and Happy?

Tomei then compared the relationship to being on a desert island, which we’re sure Happy would not be thrilled to hear.

But before May and Happy started their “fling,” Tomei says she had a different idea for May’s first relationship since Uncle Ben.

“There was a moment when I felt… maybe she should just be with a woman. Because Ben is gone, and who should she be with? We were kinda talking about it.”

She even had someone picked out to play her on-screen girlfriend, Spider-Man producer Amy Pascal. Ultimately, it didn’t make it past the brainstorming stage, and Tomei joked that “no one went for it at the time.”

If you need a minute to mourn what could have been, we don’t blame you. Many fans have posted their disappointment at another missed opportunity for Marvel to bring more representation into their films. Some users even pointed out that May wore a bisexual-colored shirt in Spider-Man: No Way Home.

And Tomei isn’t the only one advocating for more queer characters in the spider universe. Andrew Garfield and Tom Holland have shown their support for making the hero a member of the LGBTQIA+ community.

It’s great these actors are having these conversations. But will these ever become a reality? Only time will tell.

Spider-Man’s Aunt May Was Almost Queer