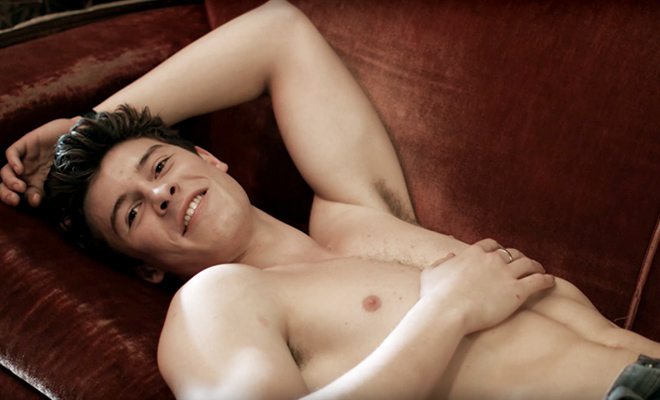 At 18, Shawn Mendes is barely legal, but that doesn’t stop fans of all ages from drooling all over their screens. After covering dozens of songs on Vine (rest in peace), Mendes gained worldwide fame as a singer-songwriter. Since then, he’s become incredibly popular with the gay community because … well, because he’s hot AF and his body’s amazing.

Recently, the Canadian heartthrob posed for a spread in Flaunt Magazine and opened up about his love for writing music. “Love is probably the strongest emotion that you can feel,” Mendes said. “It’s very natural—and I wouldn’t want to say easy—but natural and comfortable to write about, and there’s so many different forms of it, millions of layers, you could write forever about it. I’m trying to stay as real as I possibly can.”

Although he’s young, Mendes says being famous forced him to grow up. “Having people watch you and judge you on everything you do — it makes it a lot harder. It’s definitely made me grow up faster than I would have,“ he added. “I feel like, what? 23 sometimes in an 18-year-old body.”

In addition to his photoshoot, Mendes also appeared in a one-minute behind-the-scenes video directed by Tyler Kindred. Check it out below.