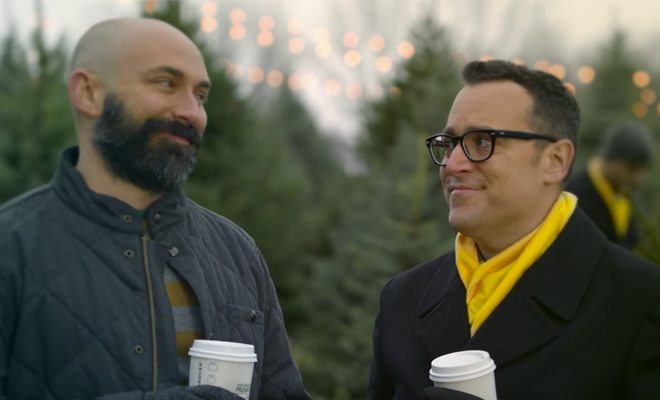 As part of Sprint’s #TisTheSeason holiday campaign, Marcarelli and his husband, Ryan, (yes, he’s gay!) help make the Yuletide gay. In the commercial, the adorable couple shops for the perfect Christmas tree. In the spot, the husbands compare the prices of seemingly identical trees.

Although Marcarelli is open about his sexuality, he wasn’t always comfortable with being out to the public. In a 2011 interview with The Atlantic, Marcarelli explained that he was harassed with gay slurs and feared coming out publicly. Clearly, he’s overcome his fears.