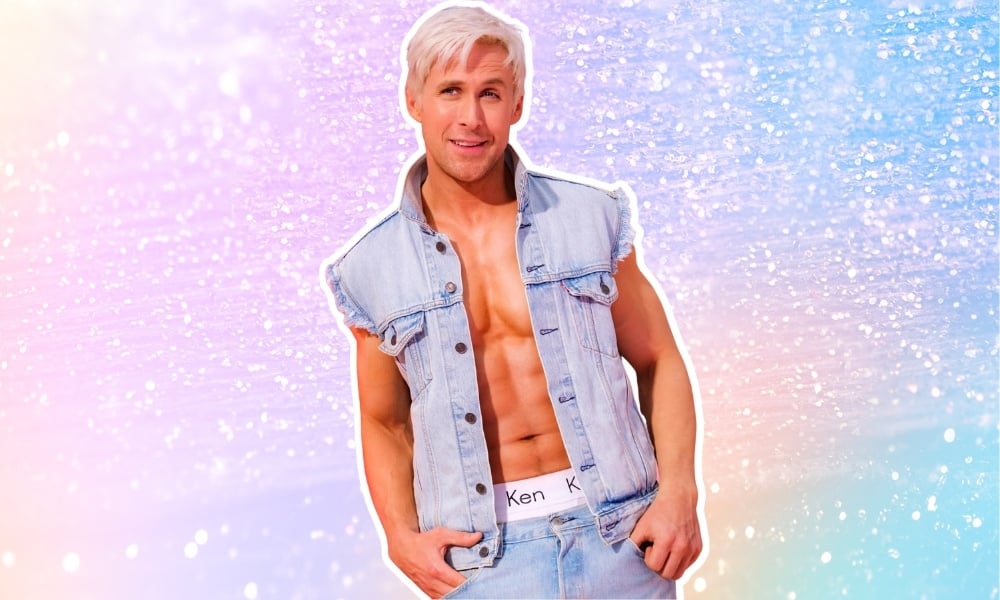 If their goal is to build hype for the film and get us infatuated with the blond himbo, Ryan Gosling’s Ken, it’s working!

Warner Bros. Pictures continues to feed our obsession for Ryan Gosling as Ken in the upcoming Barbie movie. The latest round of leaked photos from the set shows Margot Robbie and Ryan Gosling sporting neon retro athletic wear complete with bright rollerskates.

Gosling might be a bigger fan of the pink number than we are. Look at the smile he is wearing in these photos!

if barbie is just a 2 hour silent film that is just a glorified fashion show i will still give it an oscar https://t.co/P6fLHtNGCw

Since Warner Bros. dropped the first dreamy photo of Gosling shirtless and all bronzed up as Ken, we’ve also seen him and the “Barbie Girl” in fringed Western attire.

i don’t care if i’m annoying, but i can’t get over it. here you have margot robbie and ryan gosling as barbie and ken in barbie (2023), directed by greta gerwig. pic.twitter.com/ElmwbRYwOL

Ryan Gosling as Ken on the set of BARBIE pic.twitter.com/r7EpdCvGaQ

Twitter users have been going wild over these set photos (and we have too). And for a good reason. The images of these two actors running around in designer doll costumes feel like a fever dream. Check out what people are saying about it online.

I can say with confidence that Barbie is going to be the Citizen Kane of our lifetimes pic.twitter.com/JjWf7wipVH

Studio: How campy do you want Barbie and Ken to be?
Greta Gerwig: YES. pic.twitter.com/Ex52MrS295

a weight just lifted off my shoulders. all of my anxiety is gone. life is so good with ryan gosling scream in it https://t.co/OMg7IlCn2E

We don’t know much about the film’s plot, but we know Greta Gerwig (Lady Bird) is directing, and it is set to release on July 21, 2023.

We can’t wait to see what campy number Gosling will be strutting out next. Any guesses? It will help tie us over until 2023.