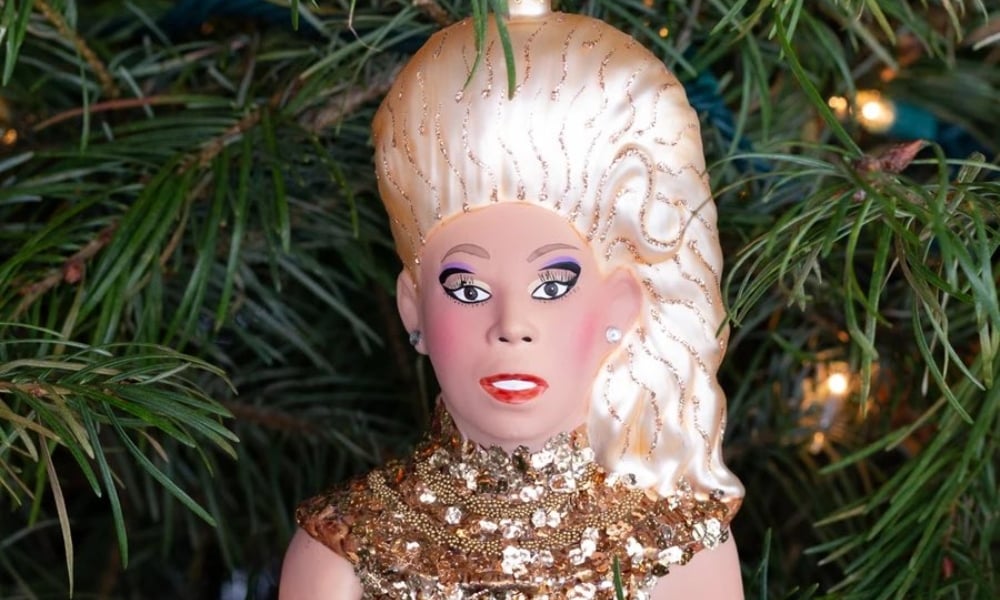 RuPaul says Christmas has already been ruined even though we’re only mid-way through November.

The drag legend took to Twitter to weigh in on a fake RuPaul Christmas ornament after several fans started posting photos of it.

“Someone on my timeline posted that they got this @RuPaul Christmas ornament from Wish,” @PrinceCatEyez tweeted. “And that they were upset with it. I can see why! It looks like Jennifer Holiday in mid-performance!”

Ru then went on to remind fans what an actual RuPaul ornament looks like.

Just bought a dozen of these LMFAO pic.twitter.com/ym6Uye6UZE

Now, Ru seems to be having fun with it. They have since shared several photos of the ornament photoshopped over themself to poke fun at the situation.

One fan pointed out how the website that created the knock-off tried to make it as fabulous as RuPaul by making its nostrils have glitter.

On the website they even made Ru’s boogers glamorous & sparkly. Sashay! ✨ pic.twitter.com/8VRe3OU5R1