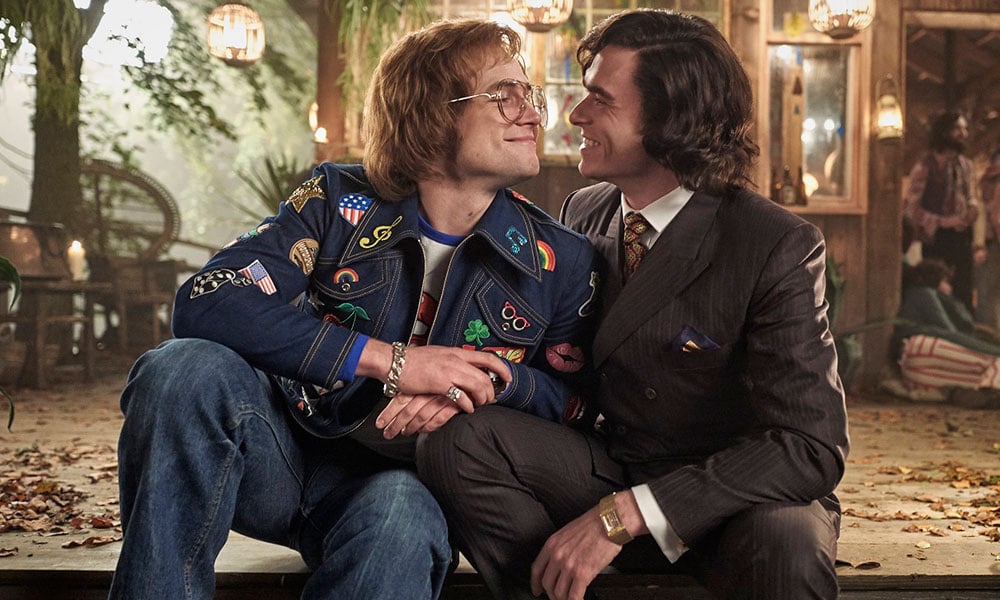 When Richard Madden landed his role in the Bodyguard last year, he proved he was more than ready for another big-screen blockbuster. Madden, 32, stars alongside Taron Egerton in the highly-anticipated Elton John biopic Rocketman as the flamboyant music legend’s controversial manager and passionate first same-gender love John Reid.

In a recent interview with The Sun, Madden opened up about his experience shooting the scenes with Egerton. “[Love] scenes are never fun to shoot but I only ever do these things if there’s a real justification for them,” the scotsman said. “This is the first time Elton ever had [slept] with anyone so that’s why it’s a relevant scene, in terms of his progression … It’s as true to fact as we could be with where it happened, how it happened, and when it happened.”

Earlier this year, reports that Rocketman would undergo edits to censor its steamier scenes swirled. At the time, the rumored reason was to achieve a PG-13 rating and to appeal to international markets. Egerton maintains that those stories are inaccurate.

Related | Taron Egerton: ‘I Had a Period of Feeling I Might Be Gay’

Then, last month, Egerton put those rumors to bed. In an interview with GQ, Taron Egerton reemphasized his opinion on the censorship of the gay content in the upcoming film Rocketman. In a nutshell, he does not want the film’s queer scenes censored, regardless of threats to its box office performance.

“Well, the stuff we shot was pretty explicit,” Egerton told GQ. “I mean, that’s why I made the film. Those scenes are desperately-important when you have an icon of that magnitude, who means so much to one community. [John] has been such a standard bearer. And for me, especially as a heterosexual actor, not to push the envelope as far as I can or try to make it a wholehearted celebration of being a gay man would be wrong.”

John’s husband, Producer David Furnish, echoed Egerton’s comments in the same interview. “International cinema is complicated and sadly the world isn’t a homogenous place,” Furnish stated. “I heard Bohemian Rhapsody is going to China with any reference to Freddie being gay taken out of it. Well, you can’t do that with our film, I’ll tell you that. It’s integral to Elton’s journey as an individual and as an artist. I would strongly resist any sanitization. The world continues to need to evolve and grow in the right direction. As it goes into that international distribution and marketing machine, you just have to do your best to preserve the integrity.”