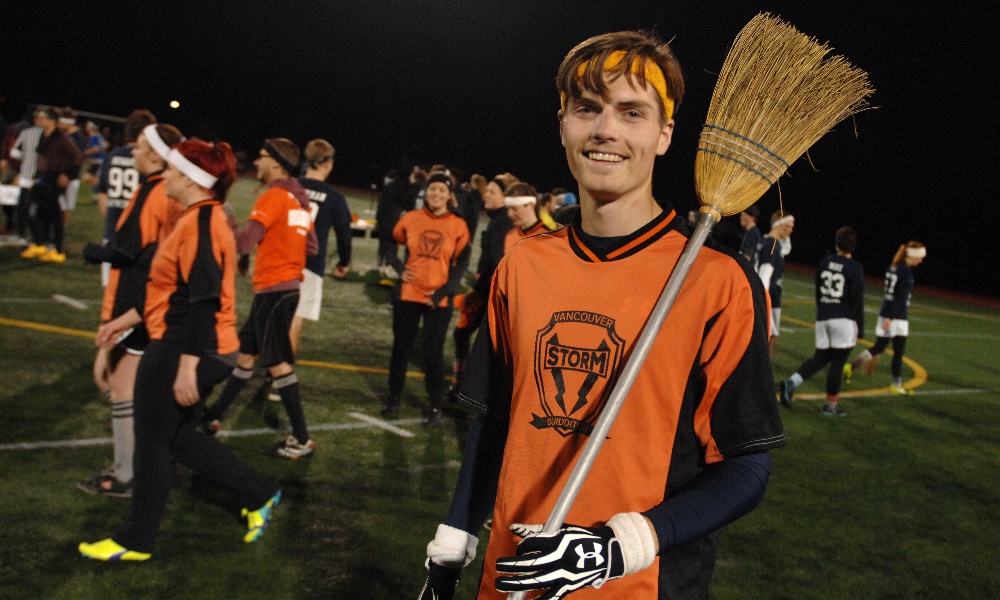 Even the real-life Quidditch sport is trying to distance themselves from J.K. Rowling.

Quidditch was first introduced to the world through the Harry Potter series, but since then it has become an actual sport across the U.S. In the Harry Potter universe, two teams face off on flying brooms while scoring points by throwing a ball known as the Quaffle. U.S. Quidditch (USQ) describes the real-life version as a fast-paced sport where players aim to score points with a volleyball while keeping a broom between their legs.

How to Play Quidditch In Real Life

USQ and Major League Quidditch (MLQ) recently issued a joint statement saying they are changing their names after thinking about making a change for the last year.

While the teams said the move was partly because of trademark issues, they also took a stand against J.K. Rowling and her transphobic comments.

“Our sport has developed a reputation as one of the most progressive sports in the world on gender equality and inclusivity, in part thanks to its gender maximum rule, which stipulates that a team may not have more than four players of the same gender on the field at a time,” the leagues said in a joint statement. “Both organizations feel it is imperative to live up to this reputation in all aspects of their operations and believe this move is a step in that direction.”

USQ executive director Mary Kimball said they’re hopeful the move will also help expand the sport. “I believe quidditch is at a turning point. We can continue the status quo and stay relatively small, or we can make big moves and really propel this sport forward into its next phase,” Kimball said.  She noted potential, “sponsorships, broadcasting on major TV networks and other projects that’ll address some of the biggest barriers to playing the sport, like access to equipment.”

While the leagues aren’t sure what the new name will be just yet, they want to keep some similarities to the original roots. “Although we plan to pursue this name change, we intend to keep the ‘Q’ in our name because we do not want to completely break from our humble beginnings, nor the reputation we have worked hard to build with fans, players, volunteers, and other stakeholders,” MLQ’s creative and marketing director Mike Iadevaia said.

The leagues said they will “conduct a series of surveys over the next few months to guide a decision on the new name”.