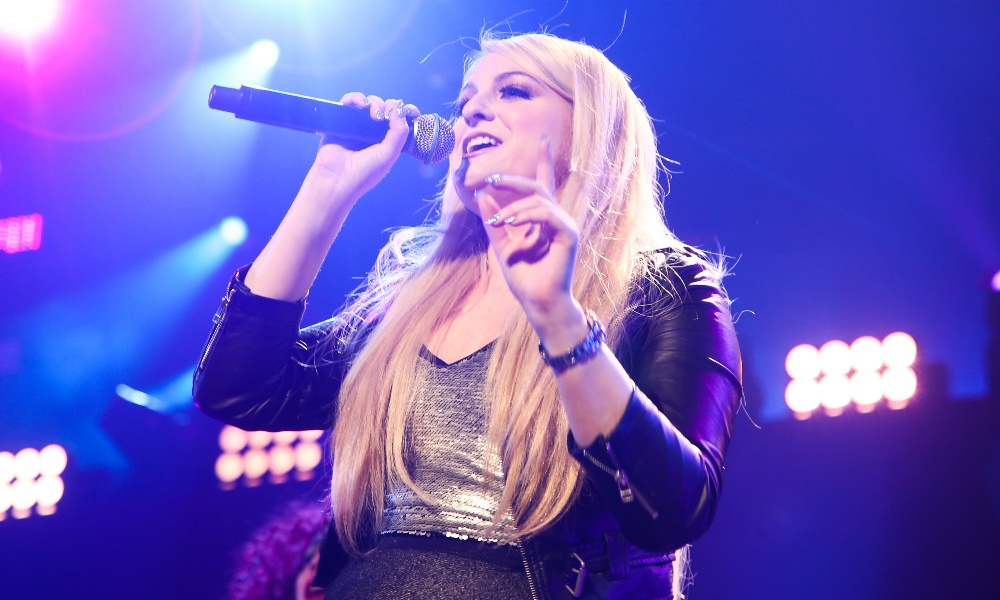 Meghan Trainor is clearing the air about her time on RuPaul’s Drag Race.

TikTok user @heartthrobert recently uploaded a video reminding their followers about when the “All About That Bass” appeared on the drag competition as a guest show. She was on Season 9, Episode 5 to judge the queens for a “Kardashian: The Musical” challenge. Fans didn’t have a problem with her judging skills; rather, the fact she wore a unicorn onesie instead of going all out in glam like other stars do when they guest judge.

I can’t believe Meghan Trainor wore a unicorn onesie on the set of the most glamorous show in history https://t.co/vpSivbWVqZ

The controversy only grew when a contestant Trinity the Tuck spoke about Trainor’s actions on set.

“Meghan Trainor was to me just like disrespectful, like not, not as in like a diva per se,” they told The Sun. Tuck also claimed Trainor took “one of the girls sandwiches on set from catering. She just wanted it. And she’s like, ‘I’m going to take it,’ I don’t know if she probably didn’t even know it was theirs, but yeah, she took one of their sandwiches that, and one of the girls didn’t have their sandwich.”

Trainor took to the comment section of @heartthrobert’s video to set the record straight. “Lmao…why. didn’t eat anyones sandwhich hahahaha i promise,” Trainor wrote.  She also took the opportunity to explain her dress code, saying she “never meant to disrespect anyone. I was in the middle of my tour and had zero time to do a fitting and get an outfit and asked the show i could wear my unicorn onesie lol and they said yes. So sorry.”