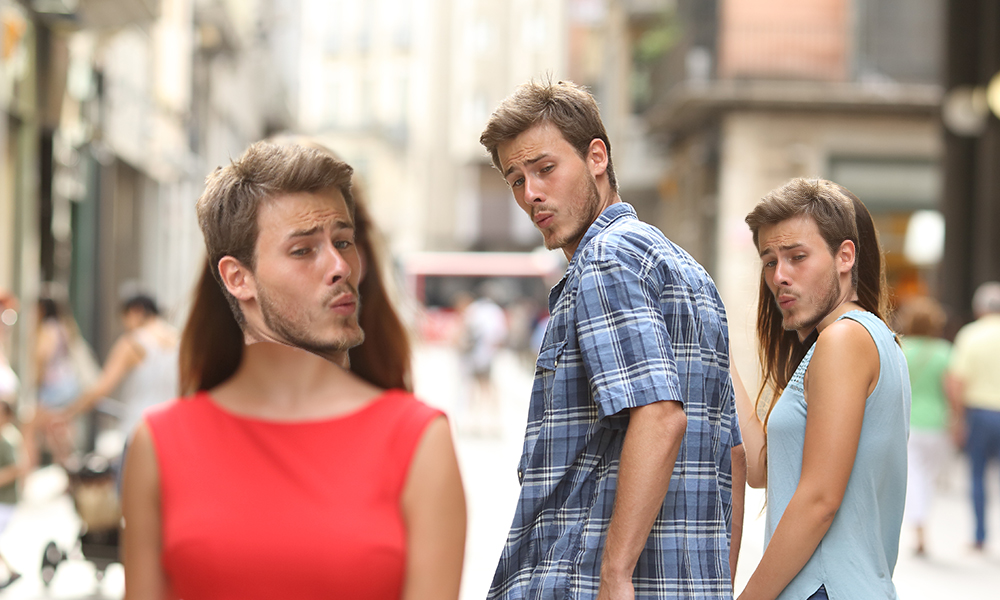 Polyamory Memes That Are A Mood

21 Polyamory Memes That Are Too Relatable

Being monogamous is the norm in society, but little by little polyamory is becoming more accepted by the mainstream. There has been more and more representation of polycules in modern media, but it’s still rare, so sometimes you can feel like the only poly person in the whole wide world. Don’t worry, you’re not alone, there is a tribe out there that is alive and well and making memes on the internet. So here are 21 polyamory memes that will shake you to your core!

RELATED | What Is The Difference Between Polyamory and Polygamy

1. Sleeping In The Middle

Even the cuddliest of us might need a little space once in a while!

2. Realizing You Were Poly

Some of us had to come to it on our own okay? 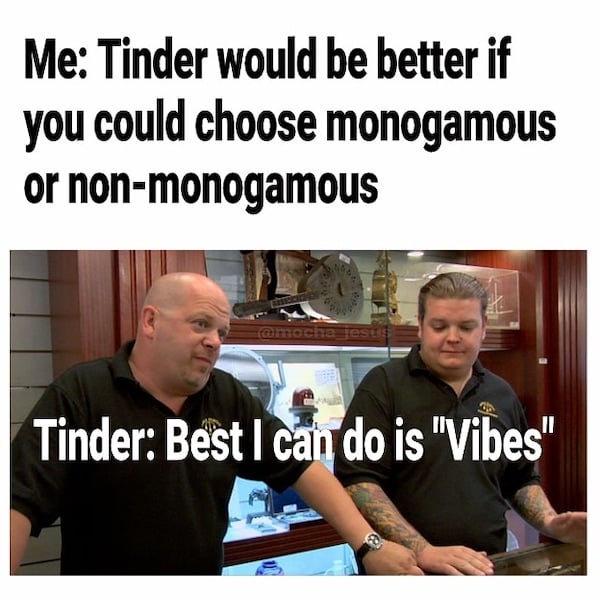 No one likes dating apps, but they are especially hard for poly people since they make it difficult to weed out the creeps and cheaters. Not all of us are looking for a hookup, we’re looking for people we want to connect with, which is so much harder to find online.

The whole primary partner thing works for some poly relationships but not all. If you’re more of a relationship anarchist, you’ll probably relate to this poly meme.

Love triangles make little sense to polyamorous people, why suffer all that angst when you can have your cake and eat it too? We need more polyamourous representation in popular media, and we need it now!

8. Thriving In This Economy

Why have a two-income household when you can have a three-income household or a four-income one? Being in several committed relationships allows you to act as a team, and that comes with serious financial benefits.

This open relationship meme is eye opening. Dating a couple makes it a little easier to deal with your slightly ignorant cishet boyfriend, who might not be able to check his privilege.

When you are always around people it becomes weird when you suddenly have alone time.

11. Weeding Out The Casuals

Not all polyamorous people practice ethical non-monogamy and you have got to look out for them. The last thing you want is to be caught up in a drama with weird consequences because of a partner that lied about being poly.

12. Sharing With Your Family

This is why most of us have a primary partner – so we can have a default. But unfortunately, that’s just not how some polycules work and it’s a shame they have to hide in this mono-centric society

13. Dealing With The Haters

One of the worst assaults from toxic monogamy is when people try to prove that just because your relationship is different, that it’s inherently invalid. Everyone wants to prove you wrong. Don’t let them!

14. Being Honest About Your Agenda

Every polycule is looking for someone with a certain set of skills! And with all your skills combined maybe you can build a great life together.

Make it so you have people in your life who enrich it not just financially, but socially, sexually, and spiritually. There are some serious perks to being poly if you think about it!

Some people get really excited when they first get started exploring polyamory. But most of us just want to sit on the couch with our partners and watch movies or recover from the day.

17. Having To Debunk Old Stereotypes

The biggest misconception about poly is that polyamorous people are justifying cheating. There’s actually a huge difference between cheating and practicing ethical non-monogamy – and that difference is consent. Everyone in a proper polyamorous relationship knows about everyone else and is a consenting and enthusiastic partner. Down with monogamy propaganda!  Bring on more polyamory memes!

We stan a decisive partner!

One of the nice things about polyamory is being able to appreciate your partner’s beauty WITH your other partners. It’s like a non-stop empowerment tag-team.

Jealousy can be incredibly toxic but monogamous society has taught us it’s a healthy part of a loving relationship. The good thing about polyamory is that it changes your relationship with jealousy, and makes you question why you have those feelings instead of just succumbing to them.

21. Doing Your Own Thing

Just because monogamy is the default in society, doesn’t mean that it’s the only correct way to do relationships. You should be able to love whomever you want, however you want, (within the boundaries of consent). It’s our business how we go about our business.

If you are feeling gloomy about being one of the few polyamorous people you know, then memes are a great way to remind yourself you are not alone. Other people have #relatable problems that they’ve channeled into polyamory meme form. We hope they have made it a little easier to be yourself and helped you realize that there are tons of others who feel the same way you do!

RELATED | How To Juggle Two Lovers During The Holidays

Polyamory Memes That Are A Mood