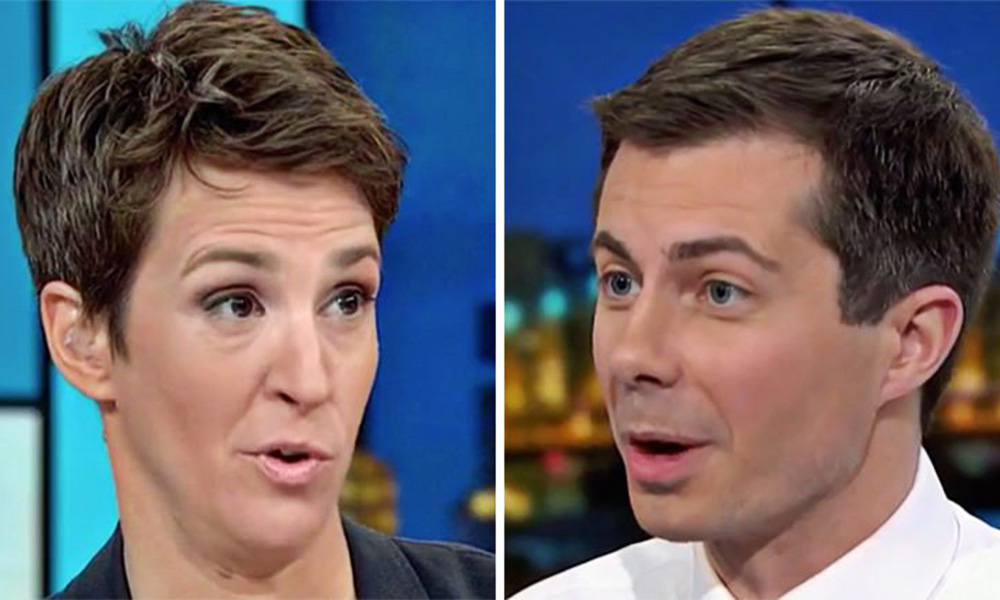 Pete Buttigieg shared his coming out story with Rachel Maddow.

Pete Buttigieg shared his coming out story with Rachel Maddow.

On Monday night, Rachel Maddow sat down with 2020 hopeful Pete Buttigieg for a meaningful conversation. The interview covered a variety of queer topics, including being closeted and coming out.

In the interview, Maddow stated she couldn’t envision staying in the closet for as long as Buttigieg did. “I think it would have killed me to be closeted for that long,” she replied sincerely. “Not coming out until your early 30s, I wonder if that was hurtful to you? If it hurt you to do it?”

“It was hard,” Buttigieg replied. “It was really hard.”

“Coming out is hard,” Maddow agreed. “But being in the closet is harder.”

“It took me plenty of time to come out to myself,” Buttigieg said. “I did not the way you did, or my husband did figure out at such an early age. I probably should have.”

He continued: “There were certainly plenty of indications by the time I was 15 or so that I could point back [and say] ‘yeah, this kid’s gay.’ I guess I just really needed not to be. There’s this war that breaks out inside a lot of people when they realize that they might be something they’re afraid of. It took me a very long time to resolve that.”

The Rhodes Scholar realized it was time to live his truth and come out of the closet after serving in Afghanistan. “You don’t know how long you have on this earth,” he stated. “And by the time I came back, I realized, ‘I gotta do something.’”

Buttigieg also opened up about the reaction he receives as an openly gay candidate. “Don’t get me wrong,” he said. “As you know, there’s plenty of ugliness that comes in from all over the place. Most people I think are either supportive or even enthusiastic about the idea of the first out person going this far. Or they find a way to let me know they don’t care, and that’s historic, too.”

Watch the Maddow interview Buttigieg below.