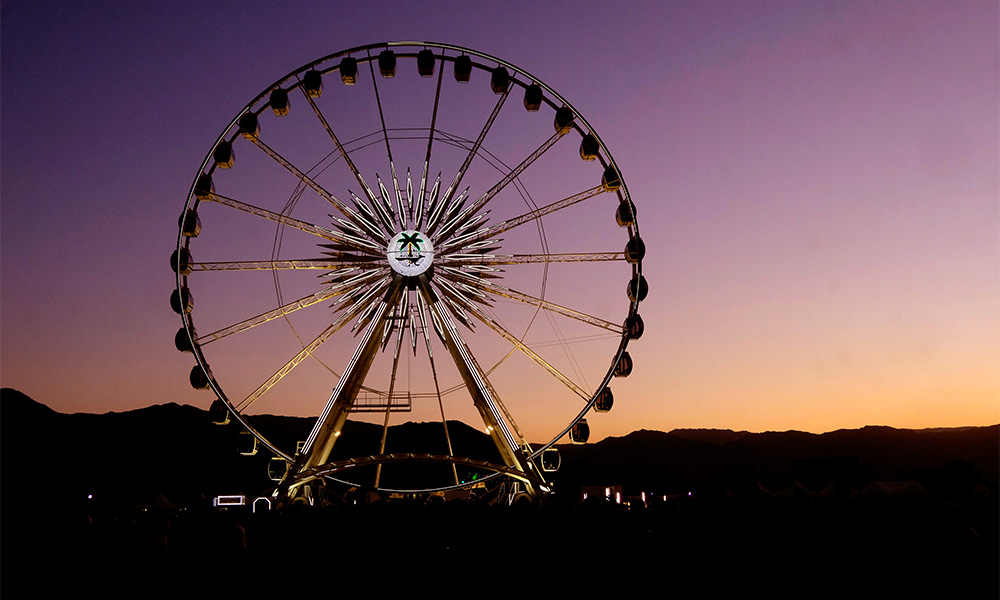 Standing at more than150 feet tall, the Ferris wheel at Coachella has become the symbol of the highly-anticipated festival. It serves as a popular meeting spot for attendees and is a great place to snap a photo to remember the experience. And, for one lucky festival-goer, the Ferris wheel was the perfect place for a little head.

A video starring someone on their knees servicing a companion while riding the Coachella Ferris wheel popped up on social media. In the clip, two people, who — judging by their silhouettes — present as male, enjoyed an exciting round of oral play in what they probably assumed was a special moment away from the masses.

Related | How to Overcome BJ Anxiety in Six Simple Steps

The original video, which has since been deleted, quickly went viral on Twitter and has been retweeted 57,000 times and Liked 233,000 times. The video had amassed more than eight million views on Twitter and sparked a lively conversation on Twitter.

The copy accompanying the now infamous video reads: “James Charles absolutely lost it at Coachella.” Although the head shape of the giver is similar to that of the YouTube sensation, there’s no actual proof that either person is makeup artist James Charles.

Regardless of the identity of the giver of the receiver, Twitter exploded with commentary on the exhibitionistic moment.

That guy getting head on a ferris wheel at Coachella is the sequel to Love, Simon

Contrary to the rumors: that video of someone giving h*ad on the ferris wheel at Coachella is not me there will be no additional comment at this time.

Coachella stretches two exciting weekends, so if the second weekend’s activities aim to top the first, there’s bound to be more action in the attraction.