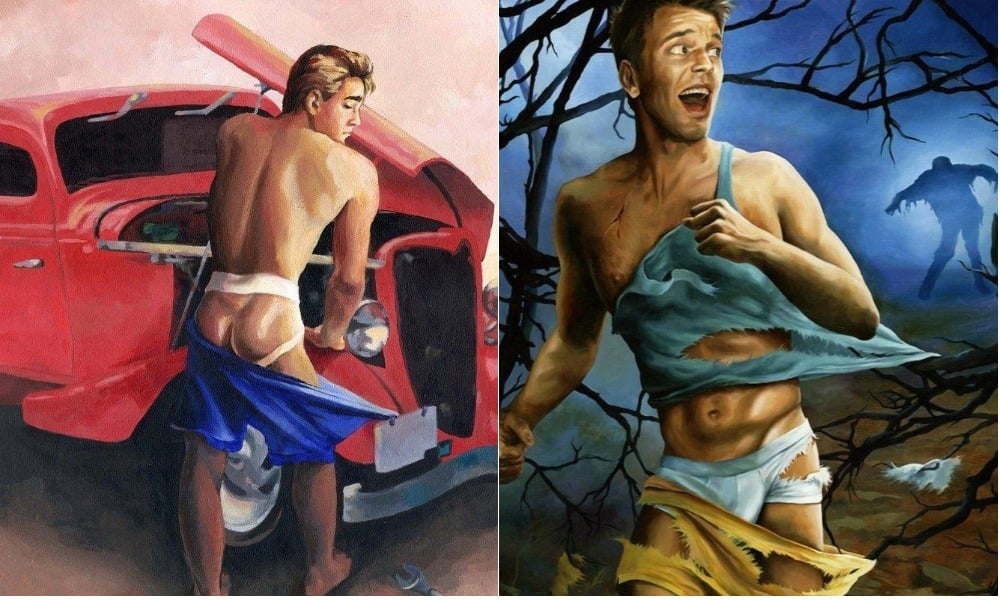 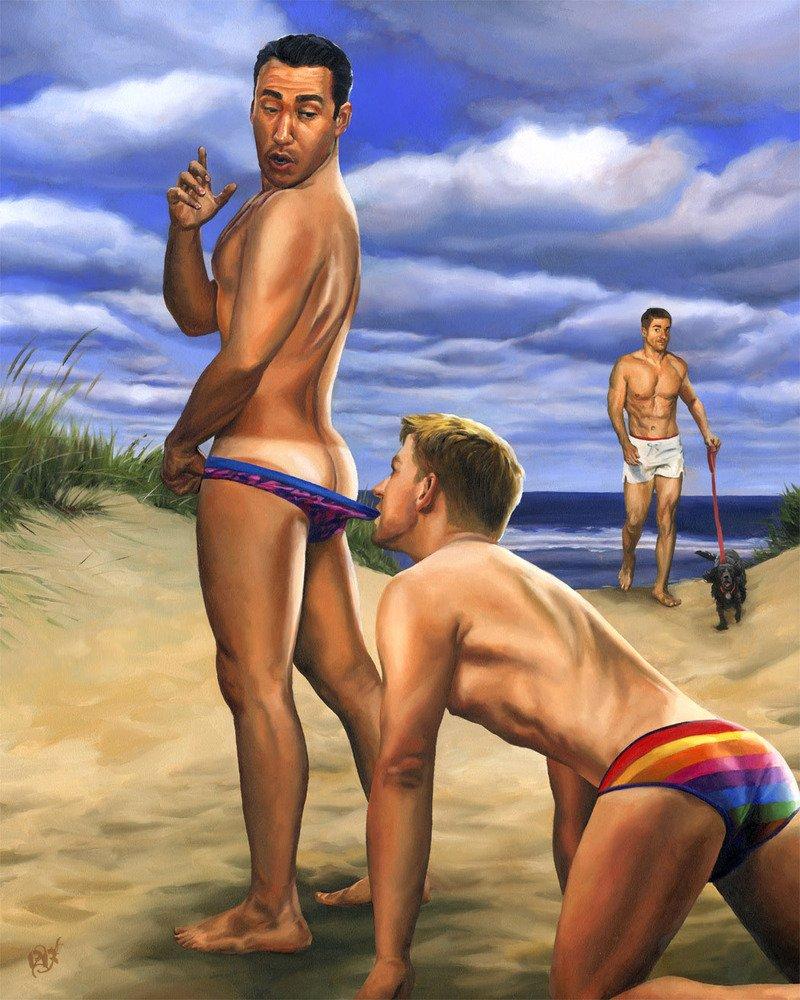 Each of Richmond’s “Cheesecake” works parodies an iconic image and adds a contemporary twist. “Beach Bum,” which features writer and artist Alan Ilagan, is a virile take on the “Coppertone Baby,” while “Blast from the Past” is a gender fluid re-creation of Marilyn Monroe’s steamy subway grate scene from The Seven Year Itch.

“Each figure is shown in the midst of a revealing and ‘accidental’ wardrobe malfunction, struggling to gather his aplomb and his pants without ever losing his cool,” Richmond told The Huffington Post.

He continued: “It intrigues me that it was almost exclusively women who were depicted as hapless victims of skin-baring circumstances, such as the pin-up girls by Gil Elvgrin and Art Frahm. Those ladies couldn’t even walk down the street without their skirts blowing up or their underwear falling down — or both!”

Scroll through some of our favorite photos from the “Cheesecake Boys” series below. 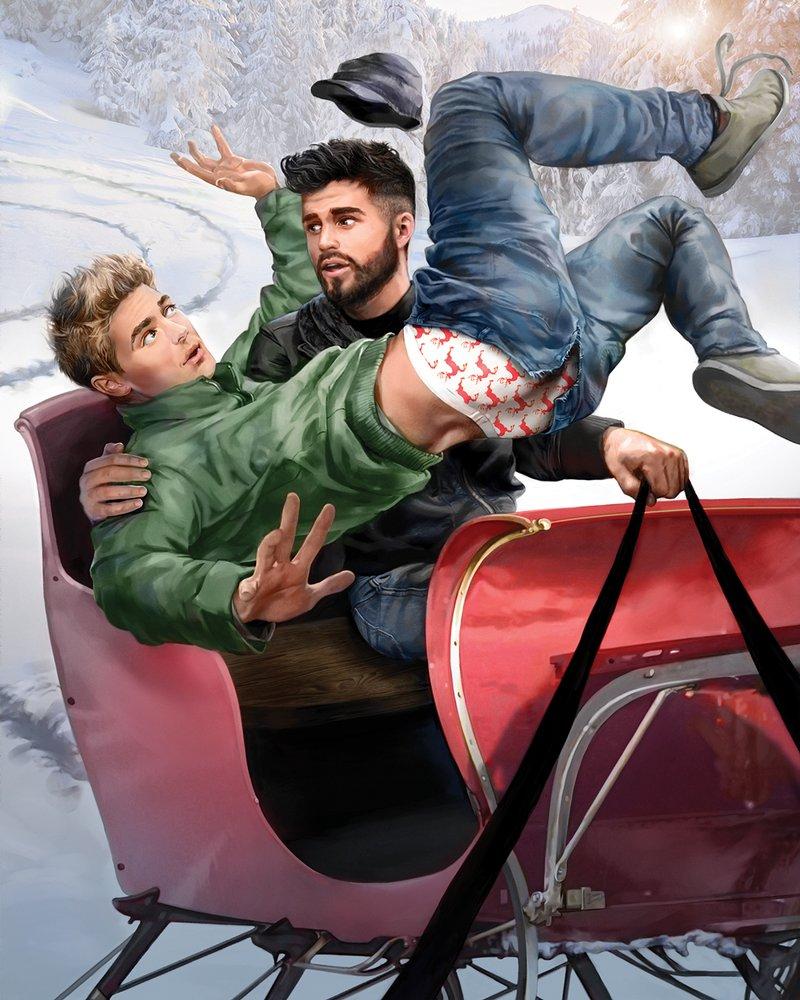 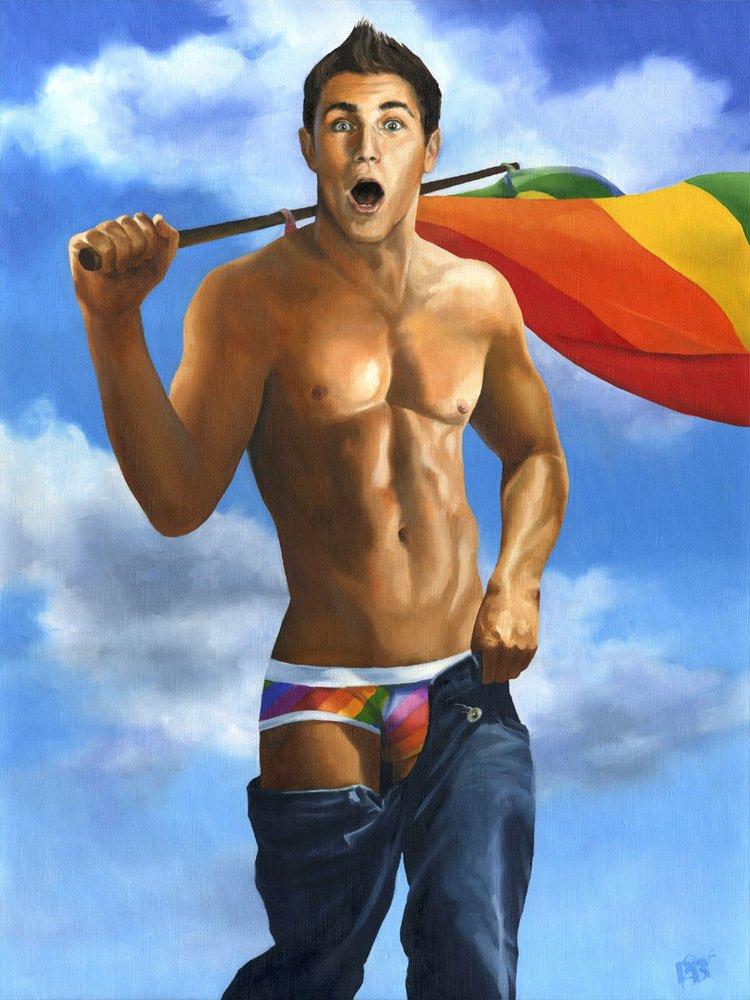 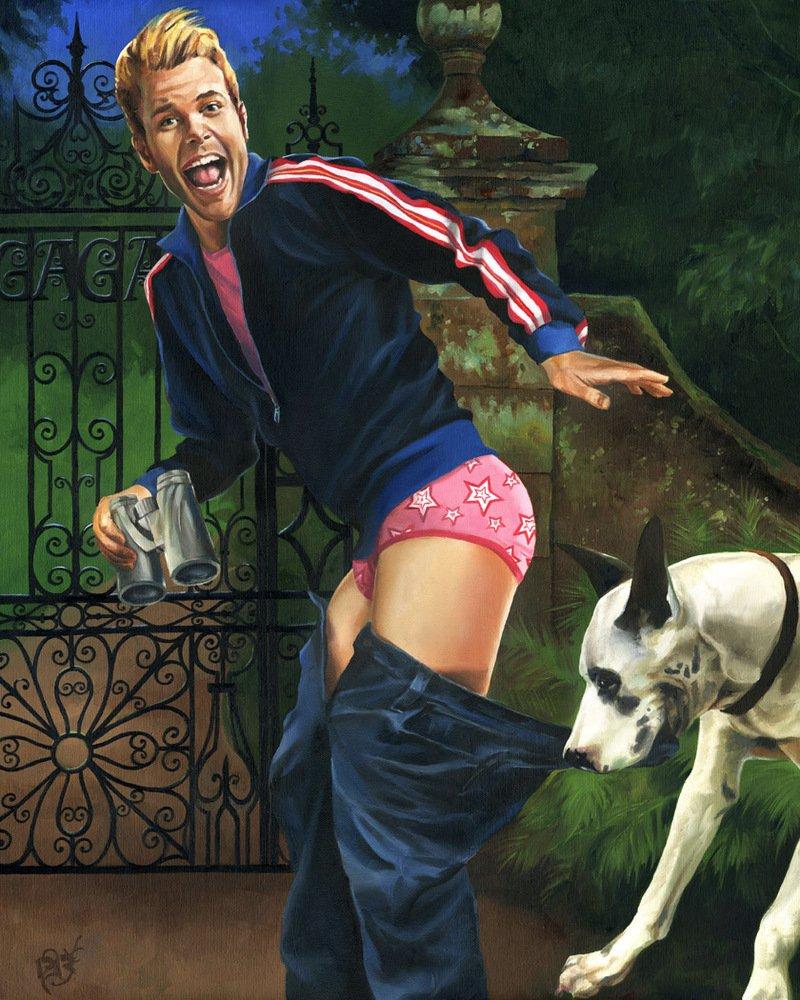 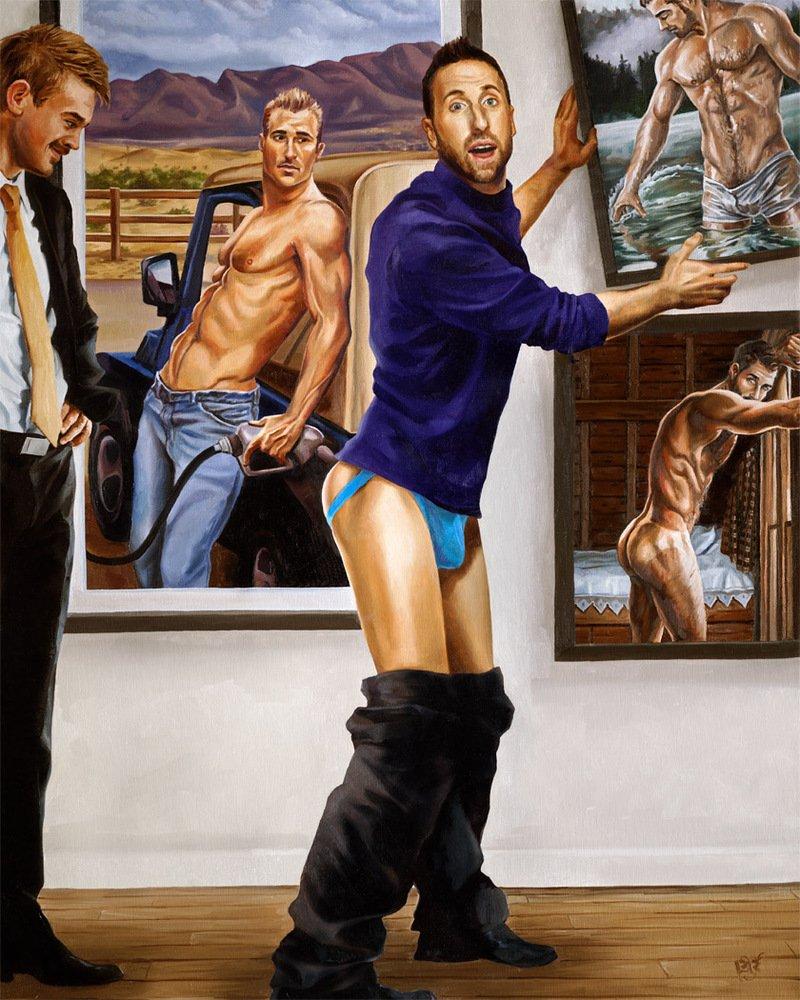 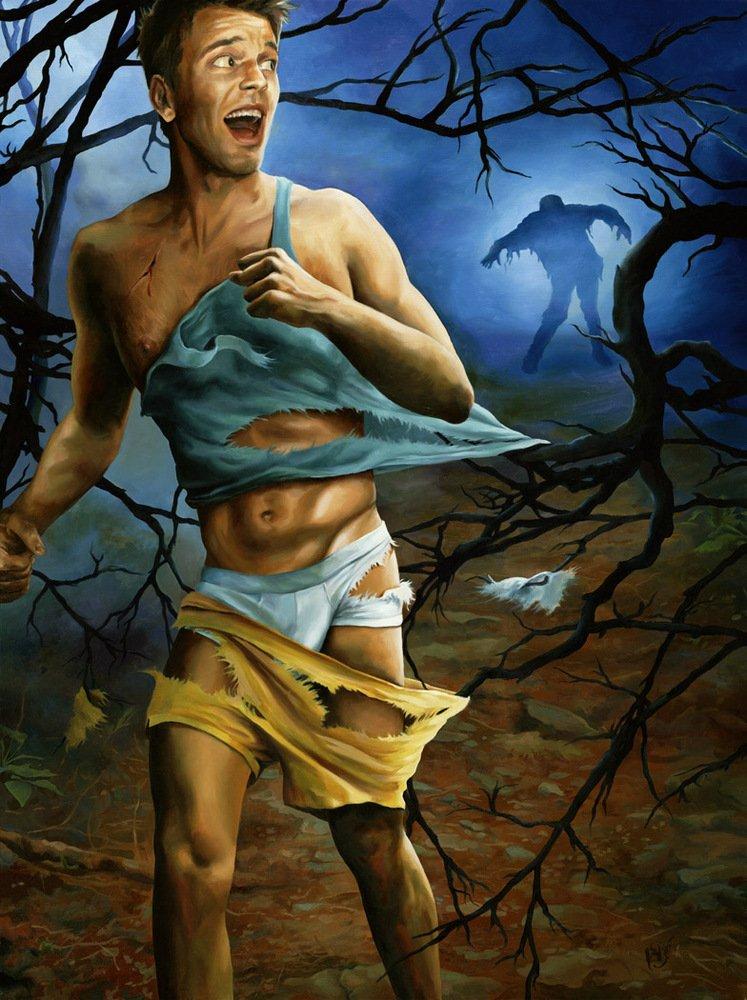 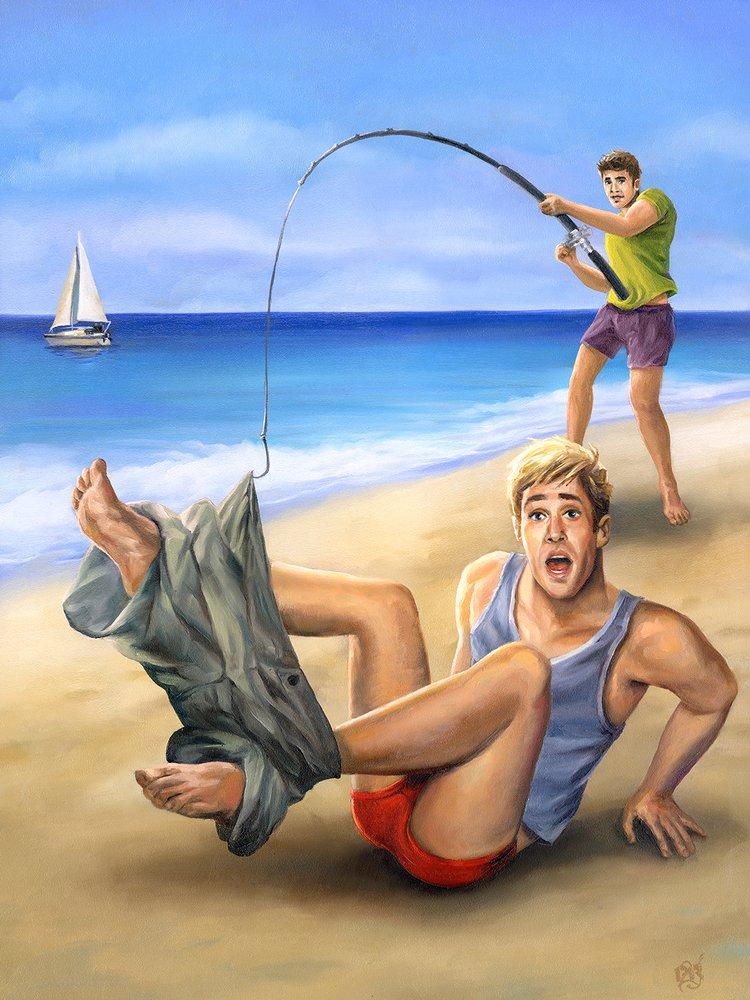 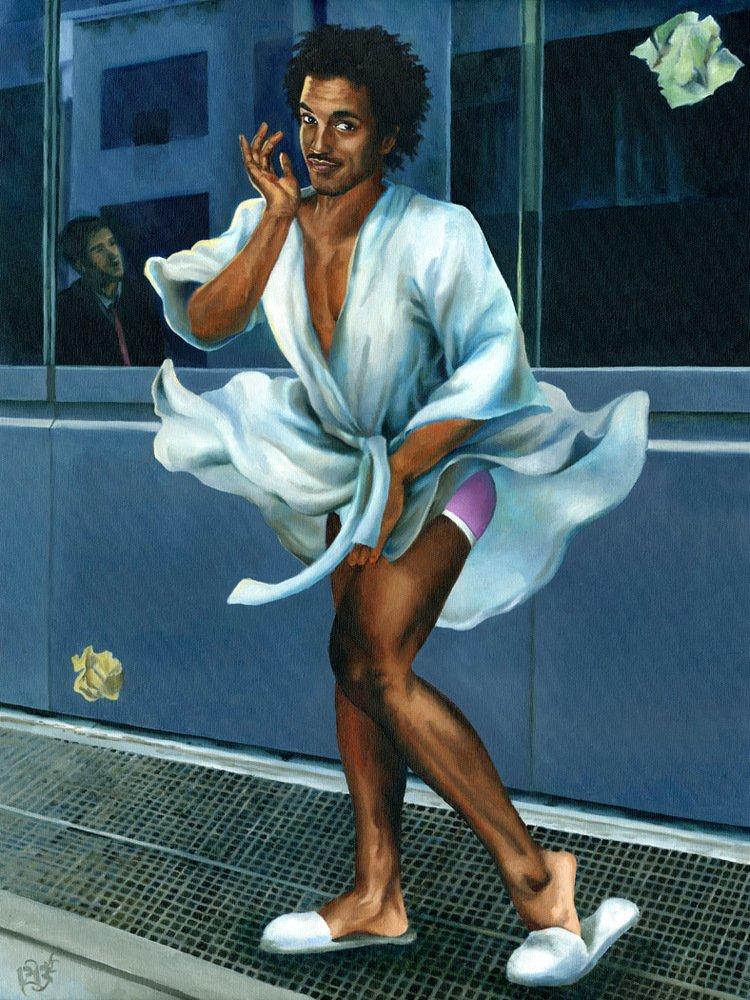 See more of Richmond’s work on his official website here.