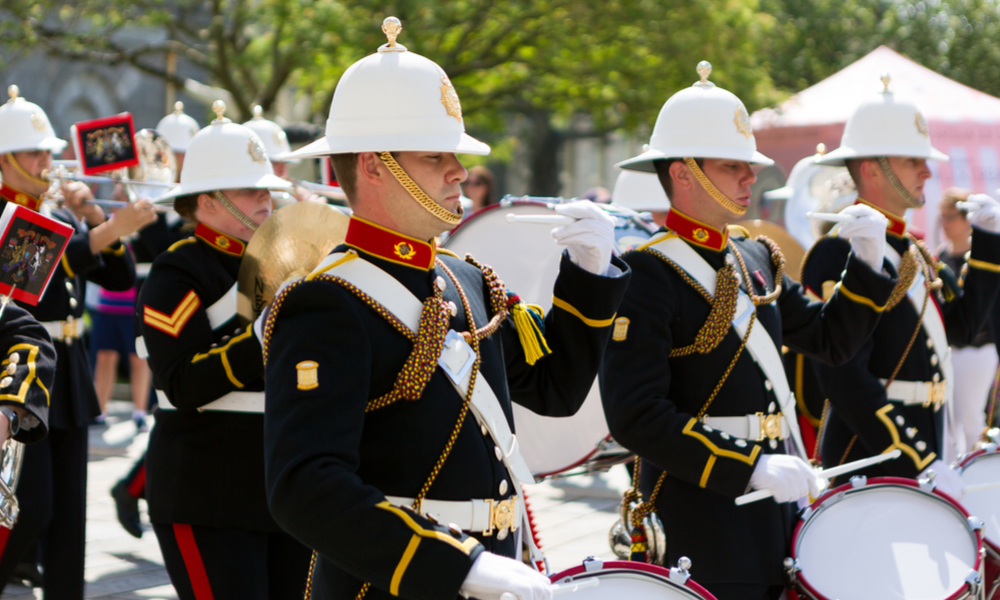 LONDON, July 5 (Thomson Reuters Foundation) – Britain’s elite Royal Marines will march in London’s Pride for the first time this year, as the wider armed forces mark 10 years of celebrating the LGBT event and push for a more inclusive and welcoming environment.

The Royal Marines Pride group will be led by the Royal Marine Band Service at the central London event on Saturday, expected to draw one million people along a 1.4 mile parade.

Surgeon Lieutenant Commander Mike Hill, an organizer for the Royal Navy’s Pride involvement, said the march was another step towards making the armed forces more inclusive.

“It has been almost 20 years since the ban on LGBT+ people serving in the military was lifted, but many people outside of the armed forces still think it’s an exclusively macho organization. That couldn’t be further from the truth,” he said.

Petty Officer Sam Quinn, 23, said he was looking forward to joining the Pride march as he wants to inspire other LGBT people to serve openly in the forces.

“I hope it sends a message to other people that it’s okay to join the armed forces or to come out,” he told the Thomson Reuters Foundation. “People are encouraged to be themselves in the Royal Navy, regardless of sexual orientation.”

The army was about 30 percent short of its annual recruitment target last year, with numbers down to about 80,000 troops against 112,000 in 2003, according to government data.

LGBT freedom in the army has made global headlines.

President Donald Trump last year tried to stop transgender people serving in the U.S. military, but his directive was overturned by the federal courts, allowing transgender recruits to enlist.