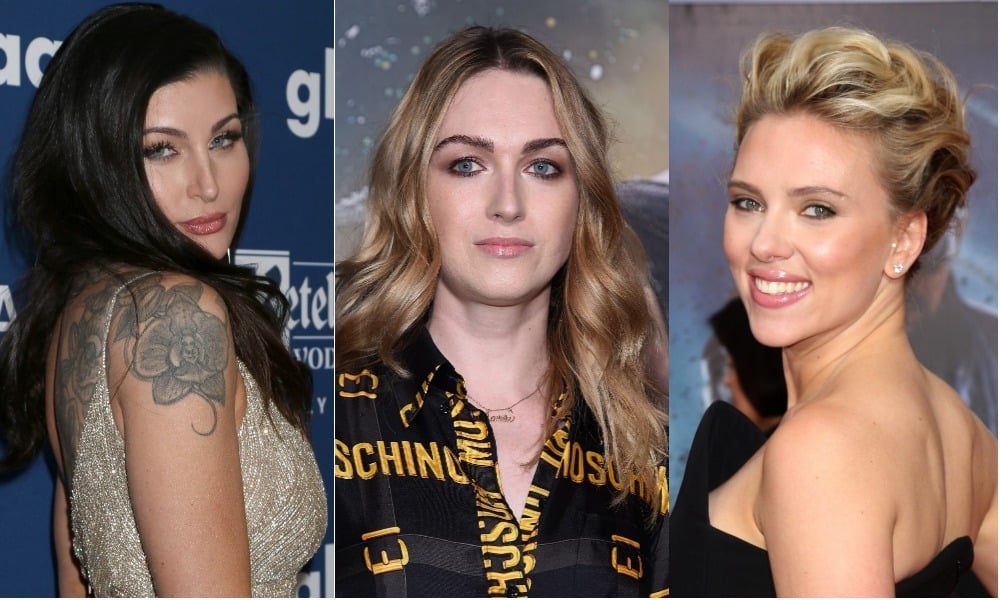 LOS ANGELES (Variety.com) – Scarlett Johansson is under fire for her next project with Ghost in the Shell director Rupert Sanders.

The actress is set to star in the crime biopic Rub & Tug, based on the real life story of Dante “Tex” Gill. Gill was a trans crime boss of the 1970s who ran several illegal massage parlors. In real life, Gill lived his life as a trans man, which led a lot of folks to inquire why a trans actor wasn’t considered for this role.

When the website Bustle reached out to Johansson’s representative for a statement about the vocal concerns, it was sent this response from the actress: “Tell them that they can be directed to Jeffrey Tambor, Jared Leto, and Felicity Huffman’s reps for comment.”

Trace Lysette, best known for her work on Transparent, took to Twitter to voice her anger. “I wouldn’t be as upset if I was getting in the same rooms as Jennifer Lawrence and Scarlett for cis roles,” she wrote. “But we know that’s not the case. A mess.”

Oh word?? So you can continue to play us but we can’t play y’all? Hollywood is so fucked… I wouldn’t be as upset if I was getting in the same rooms as Jennifer Lawrence and Scarlett for cis roles, but we know that’s not the case. A mess. https://t.co/s8gBlBI1Sw

And not only do you play us and steal our narrative and our opportunity but you pat yourselves on the back with trophies and accolades for mimicking what we have lived… so twisted. I’m so done…

Actress Jamie Clayton from Sense8 and The Neon Demon also wrote about her disappointment, stating, “Actors who are trans never even get to audition FOR ANYTHING OTHER THAN ROLES OF TRANS CHARACTERS.” She then challenged casting directors to hire more trans actors in non trans roles with a dare.

Actors who are trans never even get to audition FOR ANYTHING OTHER THAN ROLES OF TRANS CHARACTERS. THATS THE REAL ISSUE. WE CANT EVEN GET IN THE ROOM. Cast actors WHO ARE TRANS as NON TRANS CHARACTERS. I DARE YOU #RupertSanders @NewRegency #ScarlettJohansson https://t.co/RkrW8MeGcG

There’s also confusion swirling around the concept of Rub & Tug, which when announced, did not make it clear that “Tex” identified as a man. The problem has only compounded.

There are so many stories going round describing Dante Gill as "the woman who preferred to be known as man" – know him as a man then! pic.twitter.com/zLGBISxZgL

There are many good arguments going round for casting trans actors in trans roles, but reading about the movie, I dont think that's the problem we have here.

This isn't just a cis person being cast as a trans character. This is a trans figure, being written as a cis character.

Variety has reached out to Johansson’s reps for comment.