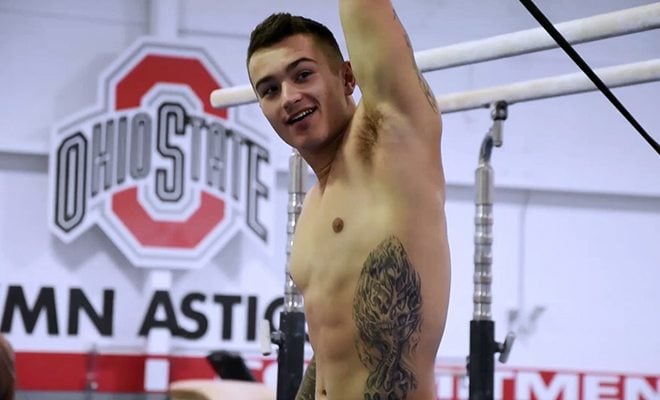 As if we needed another reason to watch men’s gymnastics. In recent months, the Ohio State University (OSU) men’s gymnastics team has garnered a lot of attention. It all started two month’s ago when the team took the Mannequin Challenge and posted the video on their Facebook page. Obviously, the 59-second clip went viral.

Then, on January 4, the team named openly gay gymnast Jake Martin as the senior captain. In an interview with Out Sports, Martin described the positive attitudes of his fellow athletes. “The atmosphere of the gym has changed dramatically, especially with the acceptance of queer people,” Martin said.

Last week, the team gifted the world with a behind-the-scenes look at their warm-up sessions. Although these guys are incredibly talented (and flexible), we’re totally smitten with their shirtless shenanigans.

We get the season started this Saturday in Chicago! Seth Delbridge, one of our own, made the video! #GoBucks pic.twitter.com/MORtfj4OSY