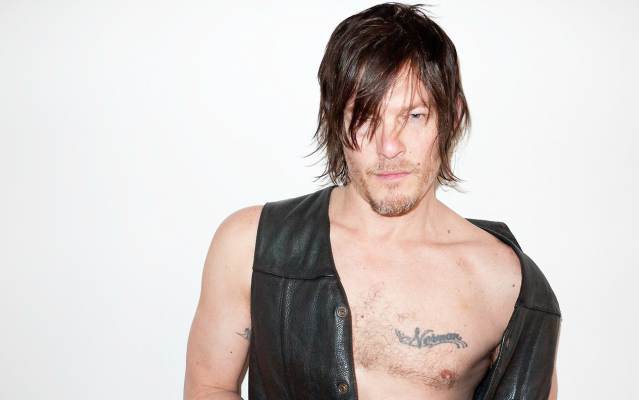 Norman Reedus plays bad ass Daryl Dixon on The Walking Dead, two days ago he posted a totally bizarre pic on Instagram. After the ridiculous cliff hanger in the Season 6 finale, fans are going batshit crazy.

The photo appears to be a mold of a mannequin that you could potentially use to create a zombie or a corpse for a show like The Walking Dead. Just below the cast’s hole, a pair of sunglasses rest quietly between two wounds in the thighs.

We definitely have questions and lots of them — you can’t post a pic like this and caption it “Ahem”. We fans of The Walking Dead will literally lose it, and here’s proof: Some speculate it’s Maggie’s stunt double for a birthing scene, while other’s point out the fact that whatever it is, it has a butthole (good observation). We don’t care what it is, but we need to know WTF’s going on ASAP.