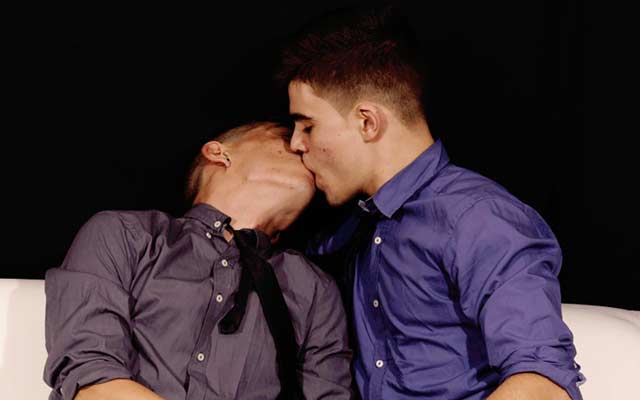 Grindr turned 7 last week — happy birthday you little toddler of an app, you! Although you’re only a baby, you’ve become somewhat of an out-of-control monster. Most of us have a love/hate relationship with you, but we gotta give credit where it’s due. You’ve taught us a lot of about ourselves. Here are seven things we learned from Grindr:

1. Hot dudes have more confidence on Grindr than in real life.

Really attractive guys are quite shy when approaching people because, news flash, they never have to approach anyone. A hot guy can walk into a room and immediately everyone (including the ladies we brought with us) wants him. But online, their inner beast comes out.

Related: When You Realize Your Grindr Date is Your Twin

Hot guys become the life of the party because *buzz buzz buzz* their phones are going a mile a minute. Their profile pics attracted men all the way from Mumbai, and they can pick and choose who to talk to on their own terms with less anxiety than he’d have in a public place. His digital persona ends up being way better than his actual personality, though, you kinda don’t figure it out until later.

99.9 percent of us have at the very least downloaded Grindr, but it’s too weird and awkward to admit. Usually, tucked neatly behind the page of a page on our iPhones, it still brings about shameful feelings. Some guys delete it and then resurrect it every other day.

3. We’ve brought the “block” button to our actual lives.

Let’s face it, getting blocked bruises your ego like no other. But when it’s us doing the blocking it’s fine. It seems like we’ve brought the “block” option to our daily encounters with guys, which, let’s face it, hurts.

Related: Why Many Gay Men Are Terrified of Love

Not only has Grindr brought out the true nature of a man’s sexual appetite regarding race, weight and age, but it’s made it ok for us to talk about it without compassion for others. When we “block” people in real life, we tend to give the excuse, “Oh, it’s ok. It’s just my preference, nothing personal,” as if the other person should understand.

No, actually, you’re just being an asshole.