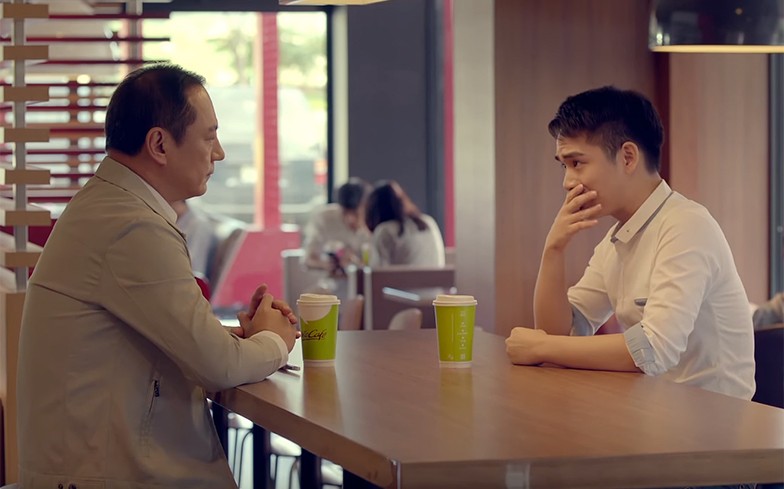 And we’re lovin’ it! In a new commercial for McDonald’s McCafé coffee drink, a young man comes out to his father using the fast food franchise’s signature cup. While we weren’t sure how the spot would end (would the father accept his gay son? Be mad? Confused?), we figured McDonald’s wouldn’t let things end badly.

Watch the ad for yourself to see how it turns out:

To translate, the son’s cup says: “I like boys.” And the father’s response says: “I accept that you like boys.”

The ad is currently targeted to the Taiwanese market, a country reportedly on the forefront of LGBTQ issues. Sure, there are people who are grumbling about the “gay agenda” being force-fed (no pun intended) to the masses, but we see this as great news. It’s always nice seeing LGBTQ representation in mainstream companies!

Let’s hope we see more of this sort of advertising here in the United States, too.