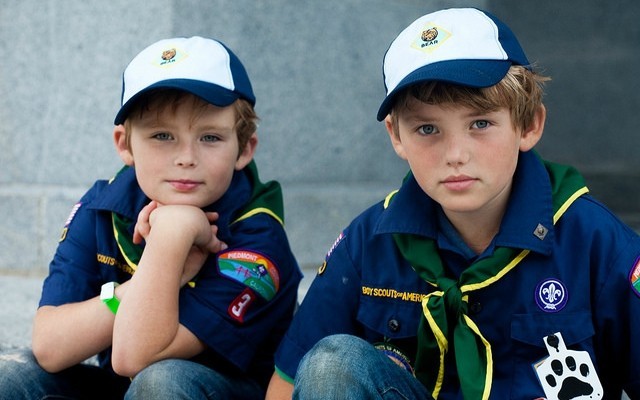 Today, The Church of Jesus Christ of Latter-day Saints released a statement publicly embracing the Boy Scouts of America (BSA). Earlier this year, the BSA ended its ban on openly gay and bisexual men, and The Mormon Church reacted immediately saying, “the century-long association with Scouting will need to be examined.”

“The Church of Jesus Christ of Latter-day Saints appreciates the positive contributions Scouting has made over the years to thousands of its young men and boys and to thousands of other youth. As leaders of the Church, we want the Boy Scouts of America (BSA) to succeed in its historic mission to instill leadership skills and high moral standards in youth of all faiths and circumstances, thereby equipping them for greater success in life and valuable service to their country.
In the resolution adopted on July 27, 2015, and in subsequent verbal assurances to us, BSA has reiterated that it expects those who sponsor Scouting units (such as the Church) to appoint Scout leaders according to their religious and moral values “in word and deed and who will best inculcate the organization’s values through the Scouting program.” At this time, The Church of Jesus Christ of Latter-day Saints will go forward as a chartering organization of BSA, and as in the past, will appoint Scout leaders and volunteers who uphold and exemplify Church doctrine, values, and standards.
With equal concern for the substantial number of youth who live outside the United States and Canada, the Church will continue to evaluate and refine program options that better meet its global needs.”

After The Mormon Church released their statement, Zach Wahls, co-founder and Executive Director of Scouts for Equality responded. In his response, he praised The Mormon Church for their decision.
“We are heartened by the Church of Jesus Christ of Latter-day Saints’ decision to continue working with the Boy Scouts of America and to continue offering the program to its young men.” He said.

Although The Mormon Church has faced allegations of discrimination against LGBTs, Wahls’ response made it clear the Scouts’ relationship with the church is valuable. He added, “We have maintained from the beginning of our campaign that the values and life lessons of Scouting are universal, and we would have been saddened to see hundreds of thousands of youth denied the opportunity to participate in the Boy Scouts.”