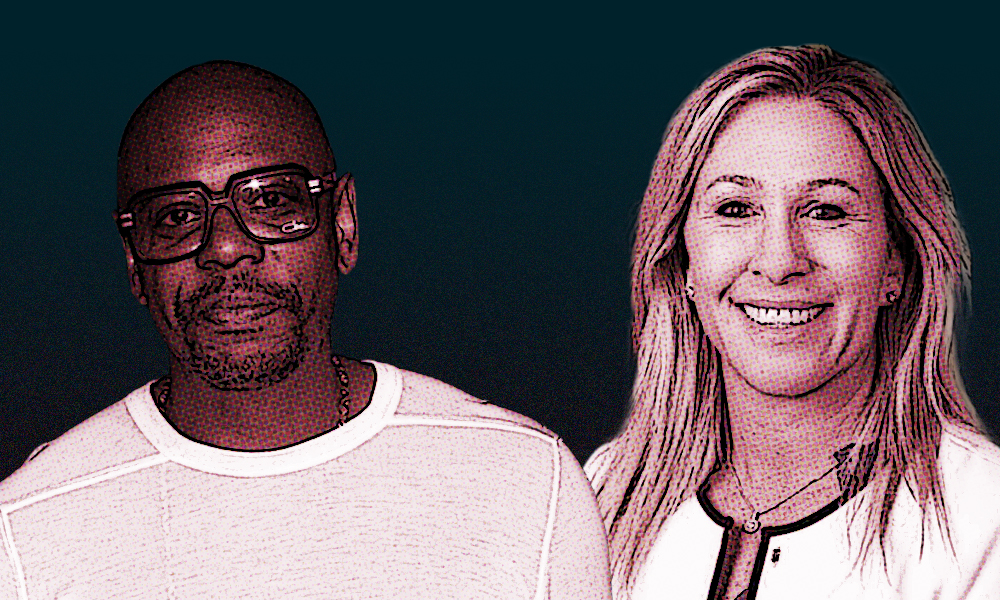 Monkeypox Is Not A ‘Gay Disease’

There is some nuance to this discussion, but we all have a duty to make this very clear.

Saturday’s announcement by the chief of the World Health Organization (WHO), declaring the monkeypox outbreak a global health emergency has launched the internet into a tireless debate. In light of the rampant misinformation and disinformation online, it’s important to make some things clear. Despite what Rep. Marjorie Taylor Greene would lead you to believe, monkeypox is not an STI. In the same vein, despite what Dave Chapelle says, monkeypox isn’t a gay disease either.

Men who have sex with men currently make up the majority of the cases. A study published last week in the New England Journal of Medicine found that 98% of infections in a 528-person sample group occurred among gay or bisexual men. The U.S. has almost 2,900 confirmed cases (~17,000 globally) according to the CDC.

True as this may be, the WHO has clarified that anyone is susceptible to the virus. They have also cautioned that the virus is transmittable by any close or intimate contact. MPV does not exclusively spread as a result of sexual activity like other STIs do.

MPV can be transmitted through contact with bodily fluids. It can also be transmitted via skin lesions, respiratory secretions, and contaminated objects, according to WHO. This can include sharing towels or unwashed clothing, or via droplets through face-to-face interactions

It is crucial for vulnerable groups to have access to testing and vaccines to protect themselves from this virus. This means direct access for those most impacted, here being men who have sex with men and trans women. To facilitate this, clarity on the current data is crucial, but we also have a responsibility to our community to communicate the complexity of this issue.

To gay onlookers, the discourse surrounding MPV will be very familiar. We are already seeing political leaders and celebrities spread misinformation and disinformation about the virus.

Yesterday it was announced that two children in the U.S. have contracted MPV, and it wasn’t long before the inevitable happened. GOP Rep. Marjorie Taylor Greene took to Twitter to ask why children catch MPV “if monkeypox is a sexually transmitted disease.”

If Monkeypox is a sexually transmitted disease, why are kids getting it? pic.twitter.com/mvgSlxZ0Pp

If you’ve been paying attention you’ll know that’s because monkeypox isn’t an STI. At a time when LGBTQ+ people are labeled as “groomers,” rhetoric like this will lead to violence against vulnerable people.

Alejandra Caraballo, Attorney and clinical instructor at Harvard Law School’s Cyberlaw Clinic, responded to Greene on Twitter to debunk this disinformation. “Now we have sitting members of congress making a false connection between monkeypox and child sexual abuse,” she wrote. “This is so incredibly dangerous and will result in violence against LGBTQ people”.

Now we have sitting members of congress making a false connection between monkeypox and child sexual abuse. This is so incredibly dangerous and will result in violence against LGBTQ people.

Monkeypox is not a STI. pic.twitter.com/fIu3hEazn7

Dave Chapelle has been drawing the ire of the LGBTQ+ community for some time now. During a surprise appearance at a New York City show with Chris Rock and Kevin Hart,  Chapelle spoke out against the groups protesting his show. Per the Tribune, he called them “transgender lunatics”, and also called monkeypox a “gay disease”.

We are literally living in the 80’s with super influential people calling monkey pox “the gay disease.” So yeah I would say it’s absolutely justified for Dave Chappelle to be made uncomfortable as he continues his transphobic and now homophobic rants that he claims is “comedy.”

As many were quick to point out, we have already seen what homophobic stigma can do to a virus. No one will benefit from this kind of hateful, false rhetoric unless, of course, your goal is to demonize gay people. According to WHO, “the impact of the fear of stigma on health-seeking behavior among MSM,” is a broad area of concern. It is clear that stigma will only serve to discourage testing and increase the likelihood of anti-gay violence.

Monkeypox Does Not Discriminate

It is not only possible to communicate the nuance of this outbreak, it is crucial. We owe it to vulnerable groups to not sugarcoat the truth. We also owe it to the public to make one thing clear. They may discriminate, but given the opportunity, monkeypox will not.

Monkeypox Is Not A ‘Gay Disease’