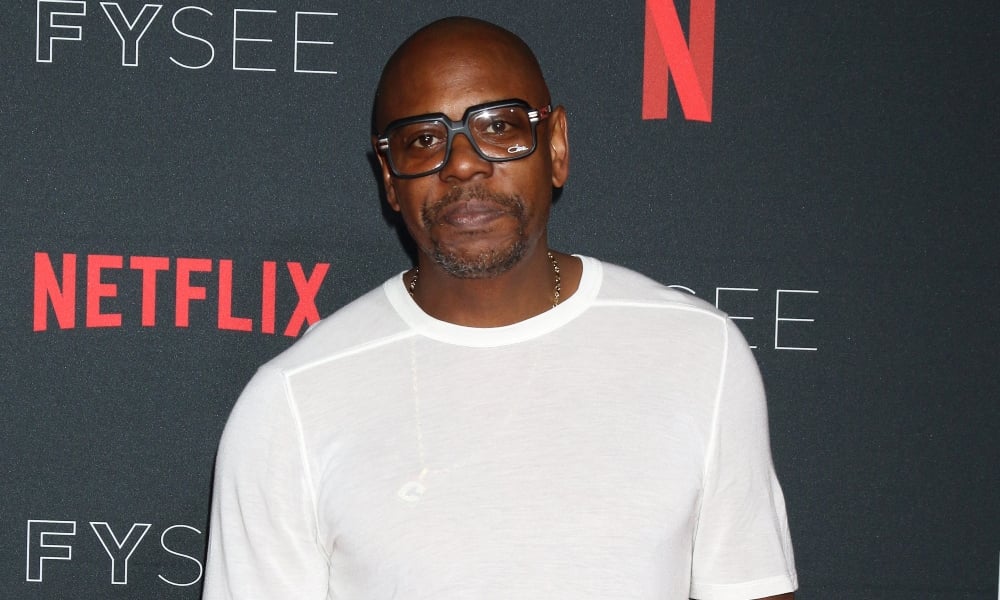 Students at the Duke Ellington School of the Arts are not happy with alum comedian Dave Chapelle.

The Washington, D.C area high school uninvited the comedian from a fundraiser over his comments about the trans community in his latest Netflix special, The Closer.

Why was Dave Chappelle uninvited from his high school’s fundraiser?

The fundraiser, originally scheduled to take place on November 23rd, was supposed to raise money to name an on-campus theater after the comic. After seeing the special, several students planned a walkout to protest the fundraiser, according to Politico. Additionally, several Netflix employees held a strike protesting their employer’s decision to keep the special on the streaming service.

However, the school now says the event will take place in late April instead. In the meantime, the school wants to hold listening sessions. “We will lean into this moment as a community,” the school said in a statement. “We have engaged in listening sessions with our students and have allowed space for diverse viewpoints. We are committed to fostering a community where every individual feels both heard and supported.”

It’s unclear if the disgraced comedian will show up at the event. During a recent stand-up set, he tried to joke about being un-invited.

“They’re canceling stuff I didn’t even want to do,” Chappelle said according to IndyStar. “If you think you’re mad at me — remember, I didn’t disinvite you from anything.”

The school tried to defend its decision to move forward with the fundraiser anyways. “We recognize that not everyone will accept or welcome a particular artist’s point of view, product or craft, but reject the notion that a “cancel culture” is a healthy or constructive means to teach our students how society should balance creative freedom with protecting the rights and dignity of all its members,” it said.

Duke Ellington School of the arts also said they are expanding its curriculum to include “content related to political activism, civic engagement, arts activism, and the intersections of race, gender, and sexuality.” “Our objective is to uplift conversations around artistic freedom and artistic responsibility,” it added.