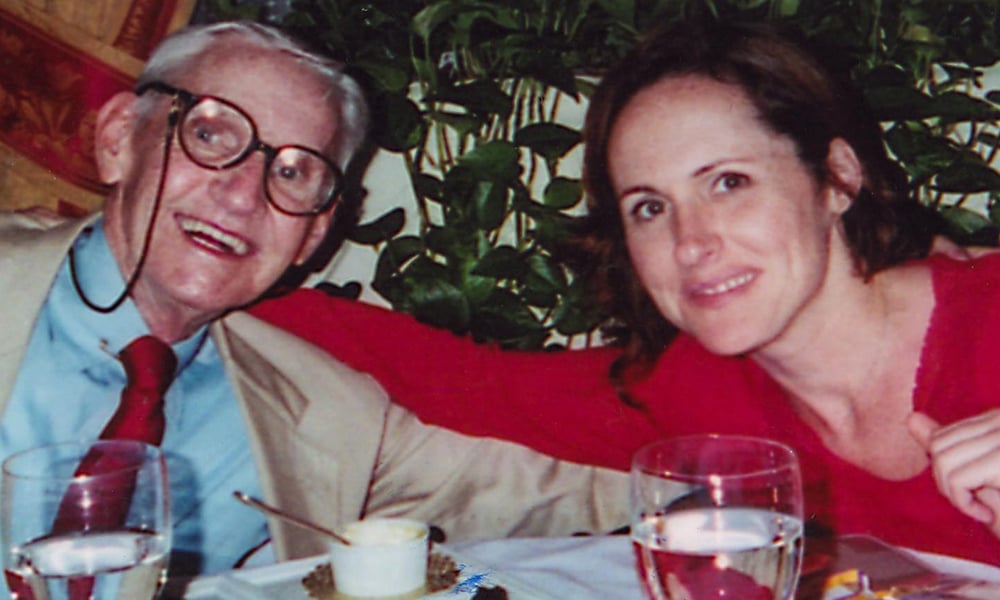 Molly Shannon on Finding Out Her Dad Was Gay and Closeted

“I couldn’t believe it.”

Molly Shannon, an incredibly talented actress, has worked on many roles that strike a chord with the queer community. Her work in films like Wild Nights With Emily, and The Other Two have cemented her into our queer consciousness. Not to mention her work on HBO’s The Other Two. Now Shannon is releasing a memoir, called Hello, Molly!, which is full of insight into the talented performer’s life. Earlier this week Shannon appeared on The Howard Stern Show to talk about her new book, offering some insight into the life of her closeted gay dad.

The Horror of Our World

Stern, known for quickly getting to the core of a conversation, brings up a tragic event in Shannon’s past. The death of her mom, younger sister, and cousin in a car accident. Her father, James Shannon, was driving drunk at the time. The last thing Shannon remembers her mom saying was “where are my girls?”

Shannon spoke about the guilt her father lived with after the accident, himself needing to learn how to walk again. She also explains that her father didn’t initially want to drive, but her mother insisted. “I did not grow up blaming him,” Shannon said. “This is before Mothers Against Drunk Driving, Friends Don’t Let Friends Drive Dunk — we have so much more awareness now.”

Still, Shannon’s father lived his life with alcohol addiction, something Stern described as “the horror of our world”. In her book, Shannon details how she began to realize that her father was a closeted gay man his whole life. “Your dad was dying of prostate cancer, and you put together that your dad might have been a closeted gay man his whole life,” Stern said as Shannon nodded. “These a******s, attacking gay people even today and making ‘gay’ bad, maybe that’s why he was drinking and why he was an alcoholic.”

“Yes Howard, you hit the nail on the head,” said Shannon.

Putting the Pieces Together

The actress went on to describe the moment it all came together. It was her last week on Saturday Night Live — a very big deal for her. She explained that her father showed up at her apartment afterward, very drunk. “I was so bummed because he really hadn’t been drinking for a long time, he had been sober for a few years, you know?”

He also brought along with a young, straight college student who was a fan of Shannon. Understandably irritated, Shannon shooed them out of the apartment after some basic pleasantries. Immediately after, she confided in her manager Steven Levy. Incidentally, Levy was gay and close to both her and her father. As she vented about the exchange, Levy sympathized with her dad. “You don’t understand, he’s given up so much for you girls, so much for you and Mary,” Levy explained.

This confused Shannon at first until she thought to ask if Levy was implying that her dad is gay. “I don’t want to tell you! He’s going to tell you,” Levy responded. “I was like, ‘Oh my god.’ I couldn’t believe it,” said Shannon.

What Could Have Been

Her father never did tell her he was gay of his own volition. Eventually, about six months before he died, she asked him herself. Shannon asked him if he ever thought he might be gay, to which he responded, “Most definitely”. He was 72.

The actress added that her dad had tried to tell her mother after a psychiatrist told him he was a “latent homosexual”. Her mother brushed it off saying that the psychiatrist “never should’ve told you that.”

To Shannon, it seems that seems a culture of homophobia may have contributed, at least in part, to so much of the pain and loss in her life. “Of course, you’re going to drink. Imagine if you couldn’t be who you were sexually. It’s horrible,” said Shannon. The effects of systemic and societal homophobia have been linked to higher levels of alcoholism in the LGBTQ+ community.

So much more healing is needed, but for now, we are glad to have Molly Shannon to turn to.

Hello, Molly! is available to purchase now, anywhere you get books.

Molly Shannon on Finding Out Her Dad Was Gay and Closeted