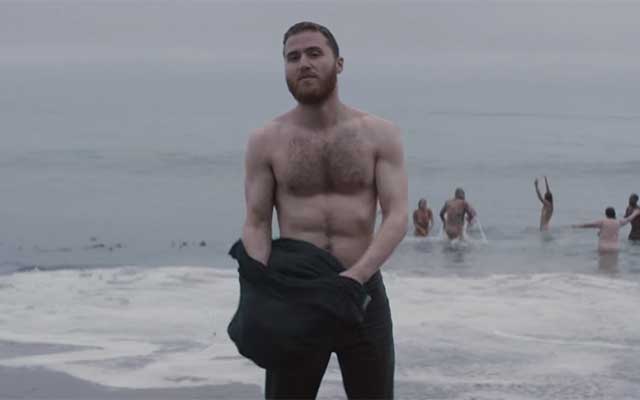 Mike Posner took a pill in Ibiza and then stripped down to his birthday suit. The 28-year-old singer can be seen showing off more than his vocal skills in the music video to “Be As You Are.” Apparently, he released the music video last year. ¯\_(ツ)_/¯

We must admit, we had no idea the pop-star had such a perfect physique — just look at those abs! Butt, let’s not overlook his other exceptional assets.

Related: Zac Efron Gets Poked in the Face by a Peen

Posner hasn’t had a hit single since “Cooler Than Me” in 2010, and now we know why: He’s been spending his time at the gym — we kid. Posner released a new album at the beginning of May, which we have since had on repeat. You can watch the video below!