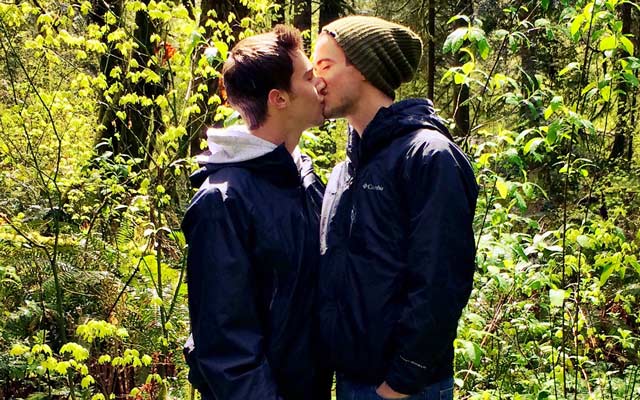 The foundation for a lasting relationship requires an ongoing dedication to improvement. If you aren’t progressing together, it’s only a matter of time before you grow apart. Same-sex relationships shouldn’t be more complicated than opposite-sex relationships, but they’re examined more closely, which changes the rules of the game.

Love is universal, and it is the same for all sexual identities. Yet, gay men apply so much pressure to their relationships in hopes of a long-term commitment. There’s always room to improve the relationship between you and your partner, and here are a few tips:

Don’t get married just because you can.

Stop rushing your man into matrimony. When the Supreme Court ruled in favor of marriage equality, I was just as excited as everyone else. I told myself I needed to shop for husbands instead of boyfriends, but that’s not realistic. Relationships need to time to grow and progress — they’re not just a step towards attaining the “dream.” This is real life; never rush into something you aren’t ready for just because you can.

Never forget how you met.

I know many couples that met on hookup apps. It never ceases to amaze me when one of them is shocked to discover their man cheats using the same app. I’m not saying if you meet your man on Grindr, he’s going to cheat on you. But at least be aware of how you met him. You can’t meet him in an ally and expect him to be a different kind of boyfriend. Use your head; you can learn a lot about your relationship based on how it started.

Take responsibility for your online actions.

Everyone has social media, so it’s hard to give a valid excuse when you share something stupid. For people who don’t know you well, social media is one of the only channels they have into your life. Take responsibility for the things you share, because ultimately your man is going to find out — and so will his mom, best friend, siblings and probably his grandmother.

Related: What to Do When You Hate Your Boyfriend’s Friends

Whether you had what I call the “two-year phase” or not, you have to own your past. The man you were in your teens and twenties learned the lessons that lead to who you are today. We are a result of experiences and mistakes, and yes, we’re probably going to make more. There’s no use reliving them day in and day out, or pretending it didn’t happen. Own up to it. We’ve all lived.

A relationship is all about partnership. You cannot second-guess him if he decides to quit something he’s unhappy with. If he’s unhappy, the relationship is going to crumble. You need to ask yourself if he’s worth it. If he is, then his wellbeing is the foundation of what gives your compatibility value. Support him in what he does, and respect his enthusiasm for things you might not understand. Who cares! It’s his thing, let him have it.

If your man senses you’re ashamed of him in public, he’s going to know exactly where you place him in your life. Hold his hand, make him feel appreciated, support him and love him in front of others. Let the world know you love him, and all obstacles will disappear.

Being able to travel happily together is a good indicator of your compatibility. There are so many places to see in this world — so many mountains, historic landmarks, food, people, landscapes and oceans to experience. Do it together, because that’s how you build memories that last.

An emoji is cute every once in a while, but we’re human beings. If you’ve chosen him to be your partner in life, you need to do more than text “I love you.” You have to show up for him. You have to be present and express your love in the way you treat him, touch him and display yourself. He’s always going to remember how you made him feel, not what you texted.

Be the man you want him to be.

You cannot ask him to be the type of person you refuse to be. A man of virtue, honesty, integrity, love and kindness is illustrated best through action and compassion, rather than nagging. Show him the kind of person you want him to be, and he’ll meet you there. Ultimately, you will rise together.