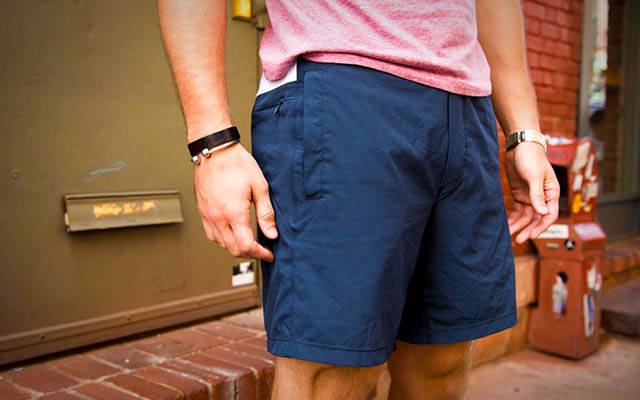 If you go to the gym, you’ve probably seen guys freeballing on the elliptical with their boys bouncing with every stride. It’s hot, amiright? Although going commando is a major turn on for many guys, there are benefits to wearing underwear. Underwear protect you from exposure to bacteria, prevent crotch rot and catch any leakage that could lead to embarrassing stains.

Fortunately, there’s a company called Birddogs and their motto’s “gym shorts if you don’t wear underwear. The shorts give you the freeing sensation of going commando, while protecting your package. The shorts feature a unique “ball pouch” that “contours instead of mashes, with enough room for a summer squash.” So, even men with massive members can freeballing comfortably.

Birddogs founder Peter Baldwin told Maxim, “I was on a flight from New York to London last summer to close a deal and upon descent — I was wearing a suit, pissed off that I was there, really sweaty and had a wedgie that I couldn’t pull out because I was sitting down — I decided two things … One, I’m done with the corporate ladder, I’m going to start my own company. Two, I never understood why guys wore underwear outside of running and swimming so I decided that’s the space I was going to build a company.”