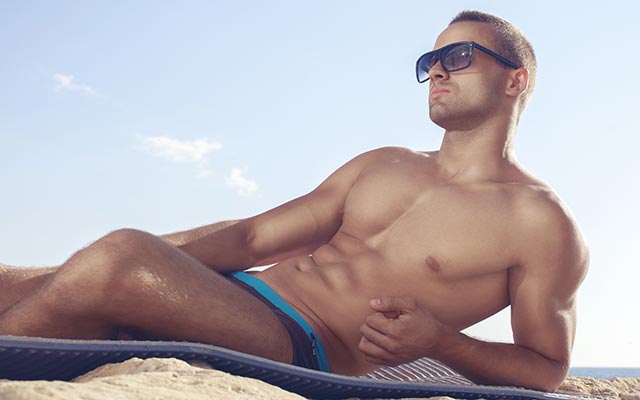 I love relationships (I really do) and I love being in them. But being gay and single in today’s world is too damn exciting. I’ve always believed monogamy is a choice one must make. Society has everyone thinking that relationships are as natural as breathing and when you’re not in one, something must be wrong with you. Right? Wrong.

Trust me, love will come when you’re ready. In the meantime, why not celebrate being single? This is a time to fill our hearts to the brink with lessons and love, not self-pity and insecurities. Here are a few reminders why you should feel fabulous for being gay and single:

When you’re in a long-term relationship, affection becomes slightly routine. I’m not saying it isn’t genuine, but after a few years it becomes instinctual rather than impulsive. As single gay men, people will flirt with you and say you’re sexy because they really mean it — not because they have to. You can take a man’s word for it without question.

Nothing is more fun than flirting. It’s exhilarating right down to your toes, and it makes you feel confident about yourself. This is something we all have to watch out for while in a relationship, but when you’re single, the flirting can be constant. Hell, I flirt with the barista, the postman and the stranger on the street. And I have a ball doing it, too!

3. You never have to compromise

The best kinds of relationships require little compromise. You should be able to take the person exactly as they are, and vice versa. Being single limits your possibilities to compromise – “For WHAT?” as Eartha Kitt says:

There is no one you have to compromise for when you’re single. We’re all trying to figure ourselves out during these phases. Exploration is mandatory in deciphering our morals, values and practices moving forward. This is the greatest gift if we use it wisely.

You can have sex any way you want, and hardly need to question it. As someone who likes sex, I know how important it is not to desensitize our self from true connection. But having the freedom to explore frees us up in ways we never thought possible.

It’s a great time to work our way up to the types of sex everyone deserves in a relationship – at least we can use this time to figure out what we like and don’t like.

5.  The world is your oyster

The trajectory you make is totally up to you. There is virtually no one to weigh you down in either direction, thus making you a lot more independent, but also a lot more impulsive (which can be good or bad). It’s true you are a feather in the wind now, but don’t let it get to your head. Float on by where you’re supposed to be, but don’t fall victim to the universe’s boundless freedom just yet.

6. People will set you up on dates

Finding dates almost becomes too easy. Endless amounts of people want to hook you up with their “gay friend.” You begrudgingly go because who the hell calls their friend a “gay friend” except dumb girls, but deep down you secretly love it when the world plays matchmaker. Admit it.

7. You can look at relationships objectively

Because you’re not caught in its storm, you’re able to judge other people’s relationships (including your best friends) and make serious observations, which can transition into your own progress of finding love. With so many relationships around you to study, it becomes a lot easier to dissect what happens from both sides. You become somewhat of an expert.