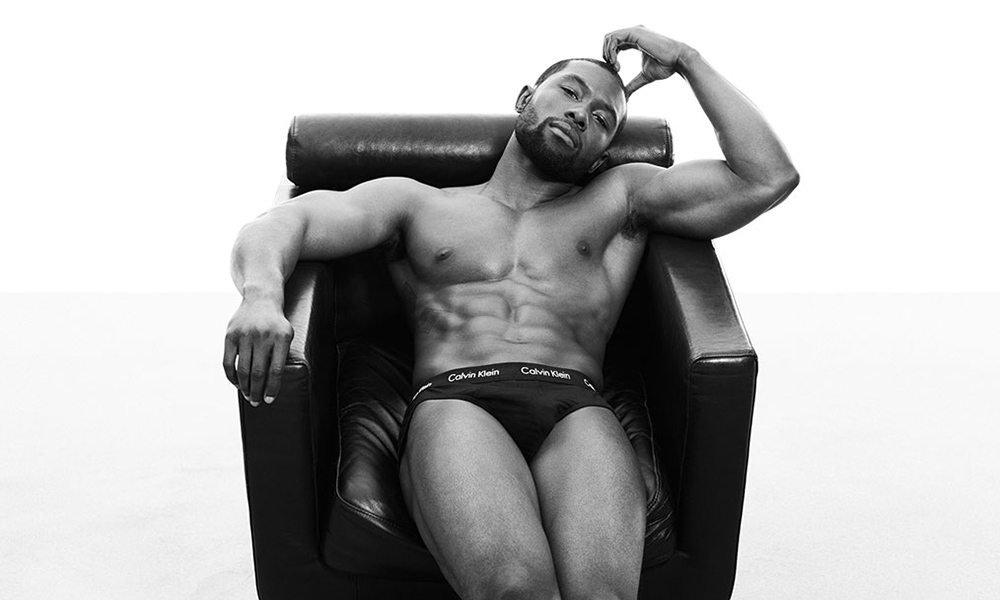 Expect the unexpected – but expect the best. #Oscars

The Calvin Klein Underwear Spring 2017 campaign, which the brand called “Revelation,” was photographed by Willy Vanderperre. In a statement published on Calvin Klein’s site, Ali said, “Even after the performance is over, I realize that you still have to service it. I’ll be in a coffee shop, and someone will come up to me and just open a vein … telling me how this struck a nerve for them, what their experience was. And I really try to be present for that. I’m really thankful for that.”

Related: Watch This Stud Model Undies From Every Decade

On its website, the brand posted an article describing their new campaign. “[H]ow radical an act it is to reveal oneself to another so candidly, so clearly, that it strikes a nerve. When so much out in the world would threaten us — bodily, psychologically, scaring us inside of ourselves to seek shelter within — merely showing oneself, unguarded, can be heroic.”

Related: Cameron Dallas Is the New Face of Calvin Klein

The post continues, “For these four phenomenal actors — Mahershala, as well as breakout newcomers Alex Hibbert, Ashton Sanders and Trevante Rhodes — whose profoundly brave performances made Moonlight this year’s tour de force movie, finding their voice on-screen was just the beginning. With the attention and opportunities that will now come their way, Mahershala, Alex, Ashton and Trevante can properly announce themselves to the world. This is their time to step into the light.”

Check out a few stills from the campaign below.

Resonant: “Even after the performance is over, I realize that you still have to service it. I’ll be in a coffee shop and someone will come up to me and just open a vein…telling me how this struck a nerve for them, what their experience was." ⠀ @MahershalaAli, the Academy Award winner for Best Supporting Actor, wearing the 100% Cotton Crew Neck T-Shirt and Cotton Stretch Trunk with Slim Cut Jeans. ⠀ The Spring ’17 Men’s Calvin Klein Underwear Campaign, photographed by Willy Vanderperre.

Introducing the Spring ’17 Men’s Underwear Campaign, photographed by Willy Vanderperre. ⠀ “I’m an artist. All my friends are about raising our artistic consciousness. I just wanna do dope stuff with dope people, man.” ⠀ —@ashtondsanders, wearing the Cotton Stretch Boxer Brief.