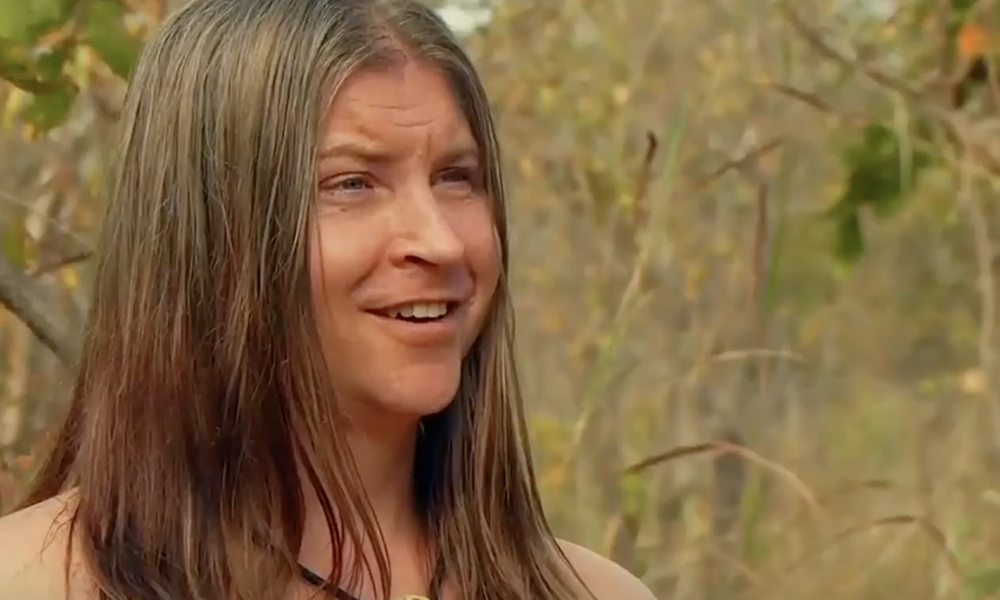 Meet the First Trans Woman To Appear on ‘Naked And Afraid’

This week, Terra, a 37-year-old bow hunter, and U.S. Air Force veteran gave a whole new meaning to the term Terra Nova. She is the first-ever trans woman to appear on the Discovery Channel’s Naked and Afraid.

The show is famous for taking two complete strangers and stranding them in a remote location, without food or water. They’re also completely naked. “People like me don’t get chosen for things like this,” Terra said on the show. “I am trans and I don’t care who knows it. What defines me is not how I look or how I act, it’s what I do in my life. The things I do in my life are f**king epic.”

Before Terra and her companion Shaun embarked on this 21-day journey together, they had to meet for the first time. This would be hard for anyone, but Terra who began her transition four years ago, the moment was especially nerve-wracking. The moment where Terra met Shaun, a “conservative” South African farmer, was refreshingly cordial.

“Yeah, you’re unique,” said Shaun. “It is a bit of a shock to me, but we’re all unique and special.” The relief that flashed across Terra’s face was underscored by her confessional where she admitted that she was “more surprised” than she thought she would be. “He looked at me like I was a normal person.”

“We’re going to do this together. Don’t worry, I’ve got your back,” Shaun said. Hearing this was “exactly what [Terra] needed” to hear. She let him know that she has his back too. The pair then hugged it out and began their survival journey in Pia Manzi in Zambia together.

The way he reacts to his partner coming out as trans 🥲

Don’t miss an all new #NakedAndAfraid SUNDAY at 8P on @Discovery and @discoveryplus. ➡️https://t.co/7naTqc7uCj pic.twitter.com/2RqMz4PSak

Nothing She Can’t Do

“Terra is awesome,” said Shaun. “Someone as unique as that, to have the courage to come out, she’s a hero in my eyes already.” Unfortunately, Shaun’s journey was cut short when he suffered a concussion three days into the challenge. Terra continued on, making it the full 21 days, despite some difficulty finding much food and lacerating a nipple.

“I’m not a gender, I’m not a label, I’m just a human,” Terra said on the show. “It’s empowering. I’m going through my own transitional journey. And I know now that if I just stick with it there’s nothing I cannot do in this world.”

It is certainly encouraging to know that even on a show such as this, trans folks don’t have to be reduced to their physiology. In the end, Terra’s personality and talent for survival shone through.

Meet the First Trans Woman To Appear on ‘Naked And Afraid’