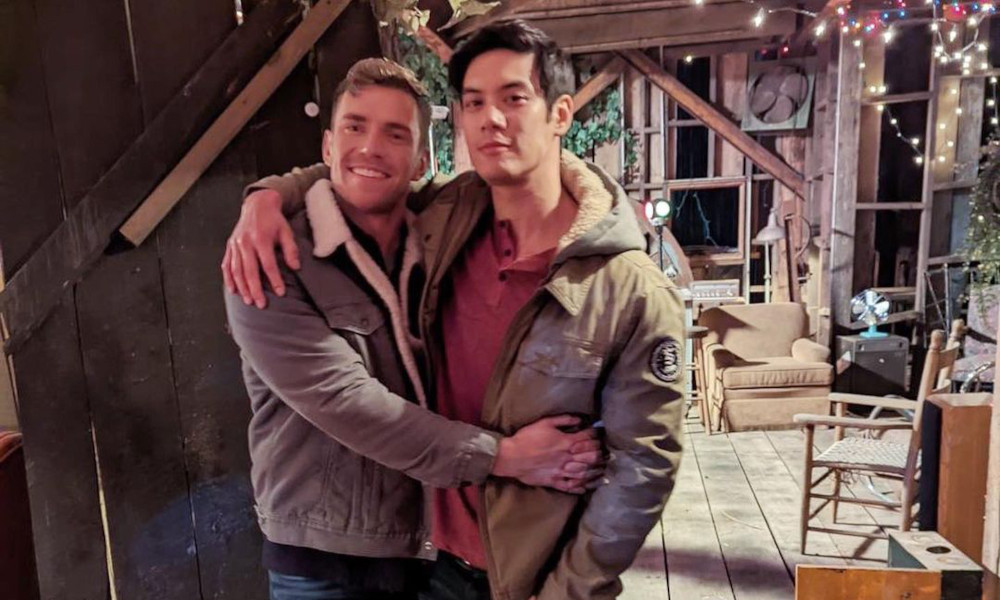 Meet Our New Gay Ship on The CWs ‘Legacies’

The “Vampire Diaries” franchise is getting its first queer couple!

“Legacies” is a spin-off of two supernatural dramas, The Originals and Vampire Diaries. In the newest series, Hope Mikaelson, the daughter of Klaus Mikaelson and Hayley Marshall, attends the Salvatore School for the Young and Gifted.

Enter Ben Levin and Zane Phillips, two actors ready to add some spice to the paranormal universe. According to The Observer, executive producers Julie Plec and Brett Matthews have wanted to add an LGBTQ+ relationship to the show for some time. So when Levin expressed his interest in being one-half of the same-sex couple, the team took action to bring the romance to the small screen.

Phillips, an out actor, also starring in Hulu’s Fire Island, sent in an audition tape for Legacies. He immediately caught the attention of show writer Price Peterson.

“He was just a very buff and square-jawed sort of guy, and let’s just say there’s not a big pool of people that are good actors who look like that,” Peterson told Observer. “We narrowed it down to a smaller group of people, but there was never anyone else at any point. If anything, the biggest debate was, ‘Who is our back-up in case Zane says no?’ It felt almost supernatural that he came along” at the perfect time.”

Levin plays Jed Tien. He’s first introduced as a bully and a werewolf at Salvatore School. But a deep dive into his past and his relationship with Ben may change our perception of the character.

Ben is Prometheus, a 5000-year-old demigod who once stole magic from the gods to save his ailing lover, Ashur. He was unsuccessful and now endures a curse bestowed by his father to live a life of eternal torture.

“I’ve heard not great things about actors who are in the queer love story, but they don’t really want to be,” Phillips said to The Observer. “And for me, I just wanted to be open-hearted the entire time, and I could not have been more blessed to have Ben because I think he’s the ideal scene partner. He is so open, he is so responsive, and he wants the work to be good. He wants to have a personal relationship with me because I think it shows through in the characters. I do think we’re good friends now, and I adore him so much as a person already, so it’s not hard to have chemistry with him onscreen.”

On top of great chemistry, Phillips hopes this love story will fight the “fundamental fear” actors have towards gay roles.

“We want it to be a little defanged, we want it to be a little sexless, we want it to seem safe or funny or a joke,” he said. So, “to see two men come into their power through a relationship with each other—[they] are two very powerful forces coming together—is so, so cool. This idea that you don’t have to diminish yourself to pursue something with another man, you don’t have to pretend that you’re less than you are, which is a contrast to how we’re taught to grow up as queer men.”

To see how Ben and Jed’s love story plays out, watch Legacies on The CW Thursday nights at 9/8c.

Meet Our New Gay Ship on The CWs ‘Legacies’