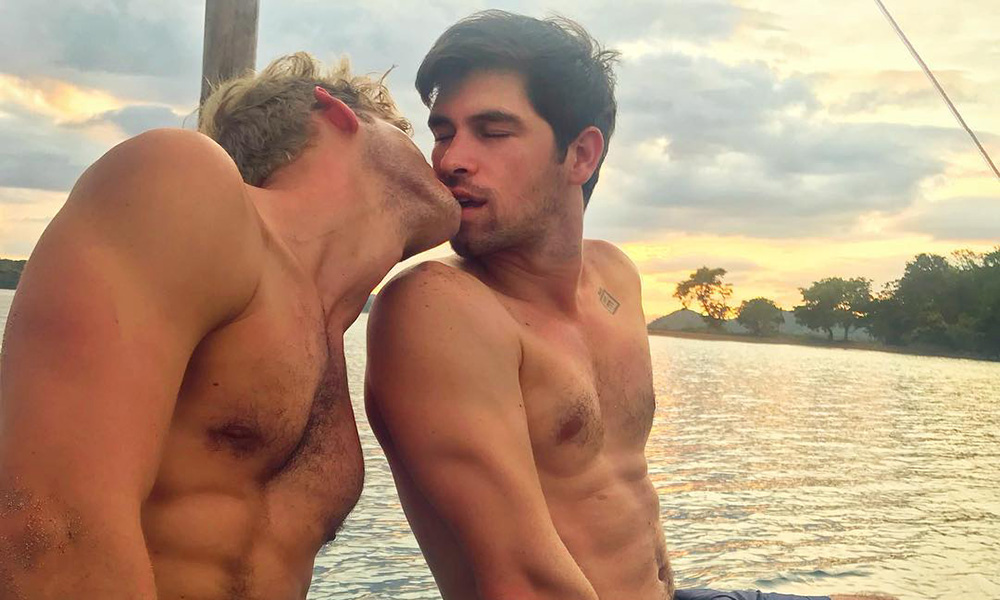 Max Emerson and his boyfriend Andrés Camilo are on a tour of Southeastern Asia, and they popped up in Tokyo.

Actor and YouTuber Max Emerson came up with the most ingenious way to promote safer sex: he measured his boyfriend, Andrés Camilo, for a condom and posted the proof online.

The openly gay star of Hooked shared the pics of he and his boyfriend yesterday while operating a booth in Yoyogi Park at Tokyo Pride.

The adorable couple made an appearance at the SKYN condom’s fitting room booth to promote safer sex practices.

Check out the @genxy_magazine article reviewing my work in the condom measuring booth at #Toyo #pride. Link in profile!

Earlier this year, Emerson and Camilo were attacked by homophobic trolls after Tiffany & Co. shared a photograph of the couple wearing one of their rings.

Despite garnering hundreds of positive comments, some people took offense to the photo. One hostile toad commented, “Unfollowing and boycotting,” while another wrote “This is NOT Love !!!” and a third stated, “I hate this, this is disgusting.”

In our book, this couple is pretty darn delicious. Here are a few of our favorite pics from their Instagram accounts!

Suns out buns out!

Who wore it cuter? ?de @misterbandb

I love you a brunch ?de @betsyvolk

Let’s beat off this #jetlag together. ?