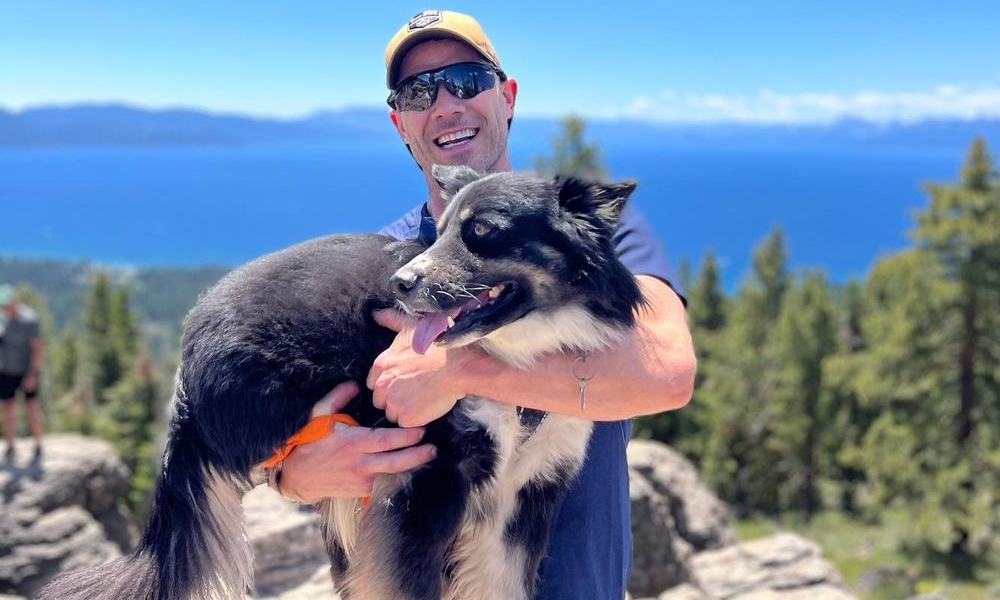 His furry friend is proving that not all dogs hate mailmen.

Actor Luke Macfarlane shared a hilarious story about his pup’s impromptu adventure with a FedEx driver.

“My very sweet and friendly dog Farmer decided to jump into a FedEx truck and take a long ride,” Macfarlane wrote on Instagram. And before you get too worried, yes, Farmer is home safe. Luckily, the handsome Bros actor had the internet on his side and was able to reunite with his canine.

“After 5 hours and help from a few online detectives we reunited. I think my husky mutt sweet boy might need a GPS dog collar. Thank you, everyone.”

Farmer must have made friends with the driver as the two adorably posed for a photo together. But despite the photographic evidence, some of Macfarlane’s friends could not believe the dog’s adventure, like Modern Family star Jesse Tyler Ferguson.

Drag superstar Shangela also commented and said she would lend her crime-solving skills if it were to happen again. Meanwhile, Bros costar and creator Billy Eichner couldn’t get over the actor naming his dog Farmer. “You naming the dog FARMER is… exactly right,” he wrote.

Macfarlane is most known for his role in the television series Brothers & Sisters and as a leading actor in multiple Hallmark productions. In his latest project, the 42-year-old will star alongside Eichner in the rated-R rom-com, Bros.

Directed by Nicholas Stoller and created and produced by Eichner, Bros is the first major studio film to have an all LBGTQIA+ cast. It hits theaters on September 30.