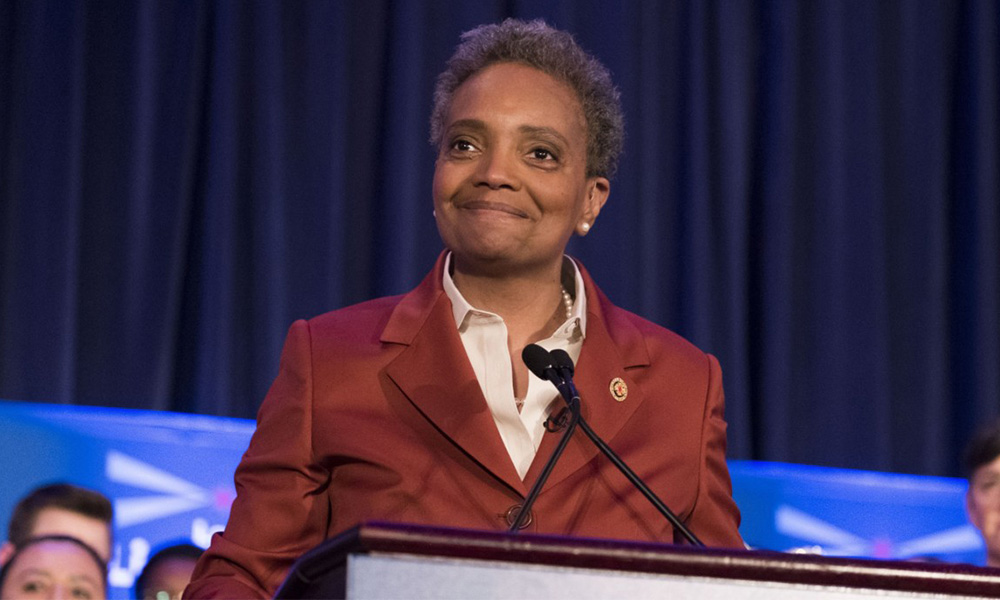 For the first time in history, “an out and proud black lesbian” was elected mayor of Chicago.

On Tuesday, former Assistant US Attorney Lori Lightfoot was elected as the first African-American woman to be mayor of Chicago.

With many of the mayoral candidates promising they would remove current Police Superintendent Eddie Johnson after taking office, Lightfoot claims such a move might do more harm than good.

“Today, you did more than make history,” Lightfoot said in her victory speech. “You created a movement for change.” Her campaign included a promise to crush corruption and check the epidemic-levels of violence in the city and restore the public education system. According to a Chicago Tribune reporter, TLC’s “No Scrubs” played during last night’s campaign party at the Hilton hotel.

Lightfoot celebrated her historic win by kissing her spouse, Amy Eshleman, on stage. “It doesn’t matter who you love,” the mayor-elect said, “just as long as you love with all your heart.”

When she is sworn in, she will be the first mayor in the Windy City who identifies as a lesbian. She and Eshleman have a 10-year-old daughter.

On Tuesday, former Assistant US Attorney @LightfootForChi was elected as the first African-American woman to be mayor of Chicago. Lightfoot describes herself as “an out and proud black #lesbian.” Congratulations, Mayor Lightfoot! 🇺🇸 pic.twitter.com/HIqyGfoDMR