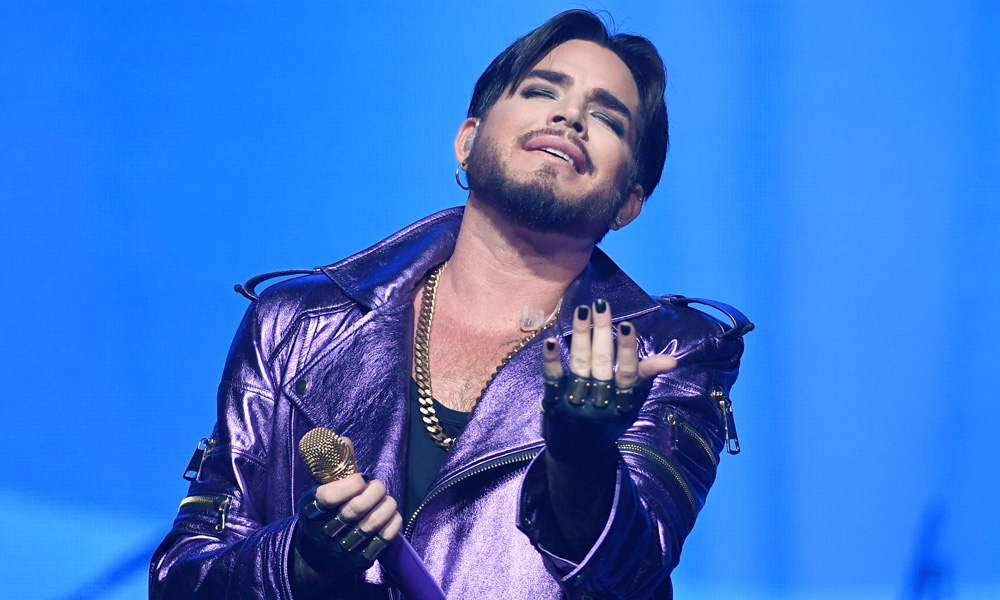 Adam Lambert dropped the first track from his forthcoming album, and it will give you all the feels.

This morning, the 37-year-old singer released a new song titled “Feel Something.” The track is from his upcoming album, and he’s referring to it as a “gift” to fans. Lambert also shared an emotional letter in which he opened up about his struggles with mental health.

The upcoming record is Lambert’s fourth studio album, and it follows The Original High, which was released in 2015. It produced singles such as “Ghost Town” and “Another Lonely Night”. The Original High debuted in the top ten in the United States, United Kingdom, Australia, Canada, Scotland and New Zealand.

“Feel Something” is now available on iTunes and other streaming services.

Read Lambert’s letter in its entirety below.

“Let me offer a most sincere thank you for your patience and continued faith in me. You’ve pushed me to keep going even when I felt discouraged. I love making and performing music, but there have been many times where I’ve had to compromise on my artistic vision, with executives making decisions based on money and not art. Don’t get me wrong—I’m VERY proud of my body of work. But I’m coming out of a dark period of second-guessing my own artistry and having my mental health suffer because of it. I started asking myself, ‘is all this hustle worth it?’ I put all my focus on work and started to feel detached in my personal life. My self-worth was suffering, I was lonely, and becoming depressed.

Luckily, I have also been touring with Queen which recharges me with tons of positive energy. The fans we perform for are so full of love, and Brian May and Roger Taylor are a joy to play music with and always remind me of my value. Together we have collaborated creatively on our tours, and this helped me to reaffirm my confidence in my artistry. Working with Queen helped keep my head above water, and I am so grateful to the spirit of Freddie Mercury, who has always inspired me to push ahead boldly.

With a bit of professional help, and the support of colleagues, friends, and family, I pulled myself out of the darkness. I decided to begin my next album on my own so that I wouldn’t be influenced by anything but my passion for music. I reached out to fellow writers and artists that I’d met over the years and began booking sessions with them. I wanted to make the music I wanted to make, and to get in the headspace I was in when I first dreamed of being a singer—before playing the industry game started messing with my love for music. After the first few songs were written, I began to realize that the only way to get this new project released the way I envisioned it was to change up my team. So I hired a new management company and signed with a new record label. A fresh start!

I wanted to give a gift to you to kick off this new era before I drop my first official single. It’s a preview of the upcoming album—and a song from me to you. It’s called ‘Feel Something.’ This was written about me climbing out of the low period, defying my disillusionment, owning my needs, and opening my heart. The life of a bachelor can be a laugh, with plenty of flings, but after a while, it starts to feel empty. Between frustrations with my career and many lost connections, I felt numb—and though I wanted to fall in love, I knew I wasn’t ready.

That’s what inspired me to cry out, ‘I don’t need to feel love; I just want to feel something!’ It was in this realization that I took my first step toward self-care and nursing my spirit back to health. This song is the emotional starting point of my new album. The tracks will chronicle the journey of taking responsibility for my happiness and strength and searching for intimacy. Since writing this song, I’ve found the joy I was missing, and I’m back in my power. I can’t wait for you to hear more!”