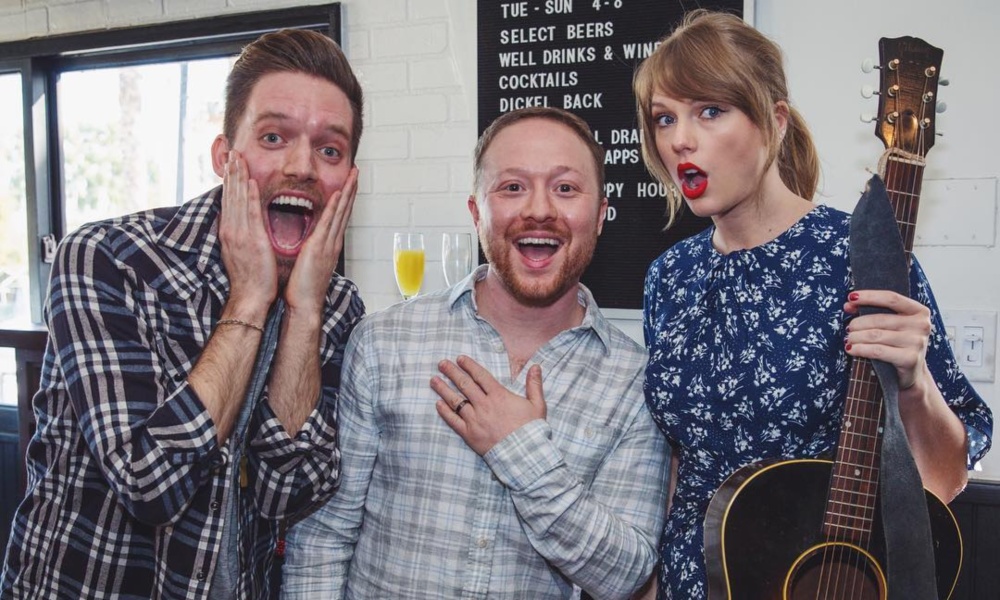 Taylor Swift made an appearance at a fan’s engagement party, and his fiancé was shook.

On Saturday, Taylor Swift, 29, showed up to perform at her fan and friend Alex Goldschmidt‘s engagement party as a surprise for his fiancé and soon-to-be husband, Ross Girard.

The party took place at Sycamore Tavern in Los Angeles.

“There is one secret that I didn’t trust any of you with. There was a person who is not here who sort of played a part in all of this. So I would like to welcome my friend Taylor,” Goldschmidt said before surprising everyone with Swift.

“So Alex emailed me and said that he was going to do this and that there was a song that was very special to you two called ‘King of My Heart.’ I’ve been off tour for a while, but hopefully it’s alright. This is from Alex, but sung by me,” Swift said before singing.

“I decided to propose to Ross listening to this song in my car. I can’t thank Taylor enough for wanting to help make this day so special,” Goldschmidt captioned the video.

Watch the adorable video below!