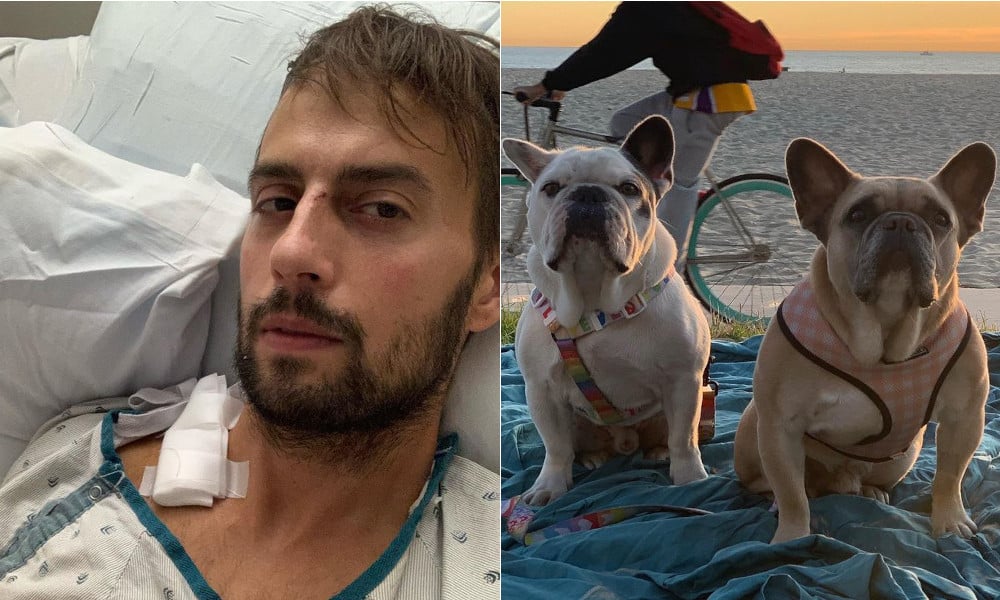 According to a statement from the Los Angeles County Sheriff’s Department, James Howard Jackson was mistakenly released from custody on Wednesday “due to a clerical error.”

“The investigation is continuing and the LASD Major Crimes Bureau is actively working to get Mr. Jackson back in custody,” says the statement.

On February 24, 2021, Ryan Fischer took Lady Gaga‘s three French bulldogs, Koji, Gustav, and Asia, on a walk. During their stroll around Hollywood, a car pulled up and two men jumped out and attempted to steal the dogs. Fischer put up a fight and was shot in the chest during the altercation. Though the men initially fled with two of the dogs, Koji and Gustav, they were returned safely two days later.

Jackson, 19, is one of three men facing charges for the dognapping and shooting of Fischer. However, according to NBC Los Angeles, the charges filed against Jackson were mistakenly dismissed during his recent court appearance.

Jaylin White, Lafayette Whaley, and Jackson were charged last year with one count of attempted murder, conspiracy to commit robbery and second-degree robbery.

In a series of Instagram stories, Fischer reacted to the news by saying, “Lord, grant me the serenity…” and “Deep breaths.”

After the shooting, Gaga called Fischer a “hero” while searches were still underway to find her stolen dogs. Fischer at the time released a statement on Instagram describing the incident from his point of view.

“While a car sped away and blood poured from my gunshot wound, an angel trotted over and laid next to me. My panicked screams calmed as I looked at her, even though it registered that the blood pooling around her tiny body was my own. I cradled Asia as best I could, thanked her for all the incredible adventures we’d been on together, apologized that I couldn’t defend her brothers, and then resolved that I would still try to save them… and myself.”

Police reported Fischer being in critical condition immediately after the shooting.