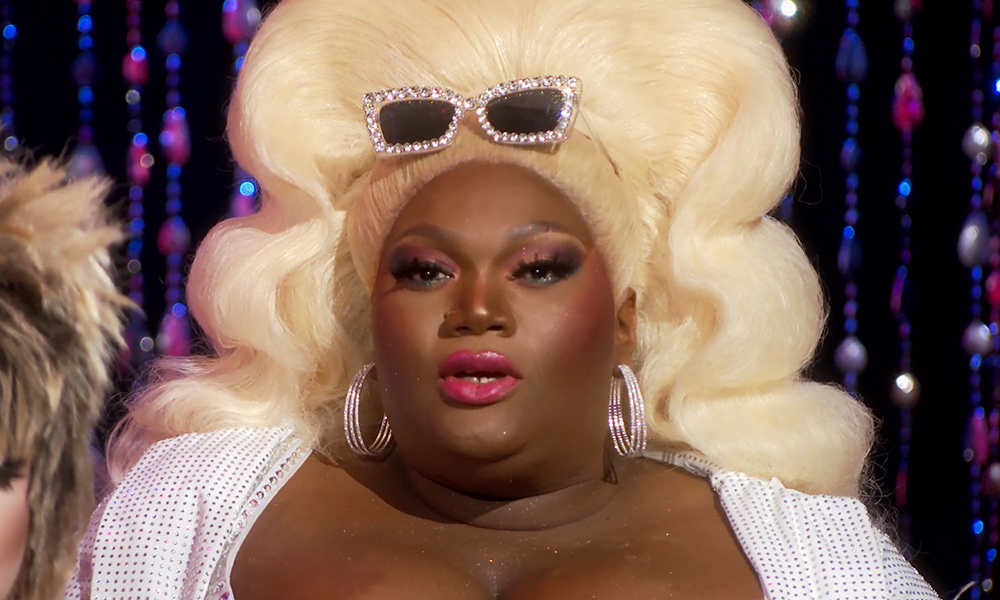 Kornbread Quitting Drag to Focus on Her Transition

“Drag just did what it needed to do [and] gave me the outlet that I needed.”

Kornbread “The Snack” Jeté is almost ready to move on with her life. The season 14 frontrunner had an eventful season, coming so close to the crown and then leaving the competition due to an injury. Now Demoria E. Williams (that’s her real name) plans to hang up her wig for good to focus on other parts of her life.

While she walked the red carpet for the season 14 grand finale, NBC News caught up with Williams to ask her about her look, and what’s next for Kornbread. “I’m going to take myself a good little break. I’m going finish my tours out and I’m going to finish my transition how I want to finish it,” she said. “I just want to go straight into acting and doing what I’ve been doing.”

She even has the timeline worked out. “I enjoy drag, [but] I don’t think I’ll be doing drag for too much longer. I give myself a good three years, probably, tops.”

Why is Kornbread Quitting?

Williams went on to explain that her reason for leaving are two-fold. “I want to focus 100% on transitioning and 100% on the career I’ve started, which is musical theater and acting,” she says. “Drag just did what it needed to do [and] gave me the outlet that I needed.” After filming for season 14 ended, Kornbread came out publicly in a post on Instagram, saying “My name is Demoria E. Williams.”

She explained that she is a trans woman and shared her pronouns. “It’s been very hard hiding everything with the fear of disappointing people around me,” she continued in the post. “But talking to my 2 older brothers made me realize that I should live for me and no [one] else.”

Williams made it clear in March that Kornbread would not be returning to compete on season 15 of Drag Race. She also noted that she wouldn’t be on the next All Stars either, saying “I’m not on anybody’s all stars” though that wasn’t her decision.

Related | Meet the All-Winning Queens of All Stars 7

My run on season 14 was nothing short of AMAZING

I love and appreciate you all for the support! Let’s make magic!

Williams also spoke to NBC about her red-carpet look, which was an stunning combination of Beast and Belle from Beauty and the Beast. According to Williams, her look came with an important message.

Kornbread also explained the meaning behind her red-carpet look for the Drag Race finale, which was an obvious reference to the Disney film Beauty and the Beast. Alas, Kornbread’s take was having a full mug that made her look like the character of the Beast while dressed in the beautiful yellow gown worn by Belle in the animated film.

“It goes to show you that beauty standards are something that we see a lot of, but we don’t have to listen to. There’s not one way to look like it There’s no one way to be trans,” she told NBC News. “You can look how you want to and live your best life. Not all of us are going to look like the same people. That does not lessen who you are or lessen yourself as a trans person. […] There’s beauty in all of this. There’s beauty in this face right here, as well as this body.”

Kornbread posted even more pictures of her Drag Race finale gown on Twitter and underscored this idea, saying “F*CK THE STANDARD! And when you do it, MAKE EM EAT IT.”

Beastiana Rosé! We often tell people what to look like as trans. “Passable” and what’s not passable! But there’s no one way to do it! There is beauty in the “beast” as well as beauty in Belle! CHOOSE WHAT YOU SEE FOR YOURSELF. FUCK THE STANDARD! And when you do it, MAKE EM EAT IT pic.twitter.com/3QrDXfg2PQ

Kornbread Quitting Drag to Focus on Her Transition